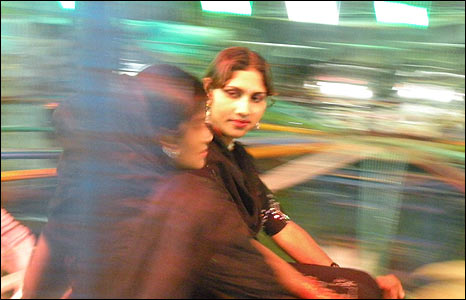 An annual Hindu festival in Pakistan, the Rama Pir, is viewed suspiciously by some Muslims who do not like seeing non-Muslim women going about without a veil. 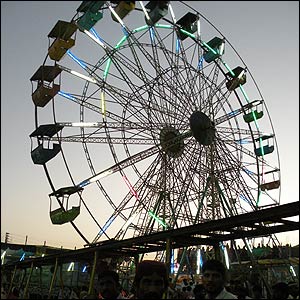 It is an event where Hindus combine religious duty with fun and games. An entire amusement park – complete with mechanised merry-go-rounds and roller-coaster rides – is on hand. 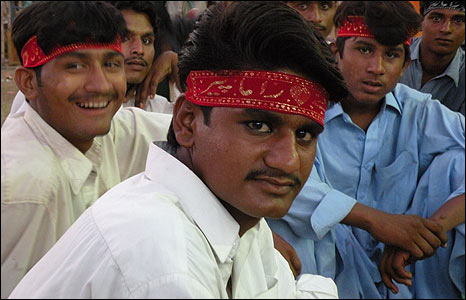 According to Pakistan Hindu Council, there are about three million Hindus in Pakistan. Nearly 2.5 million of them live in Sindh province. Most are from the low caste Dalit community. 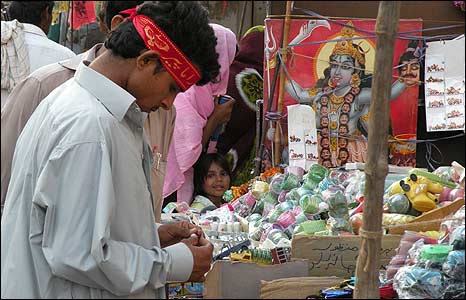 The festival falls in the Hindu solar month of Buddo – the last month of the Indian monsoon cycle when the winter crops have been sown in either September or October. 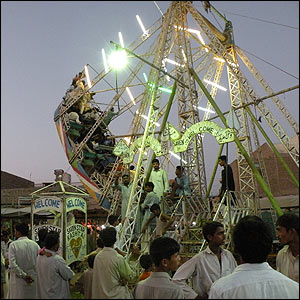 Many travel vast distances to get to the festival. Most come from agrarian and desert communities and inhabit eastern areas towards the Indian border.
Source: BBC