A 27 year old Hindu worker, Mr. Jagdesh Kumar was killed by fellow Muslim workers on the charge of blasphemy in the presence of more than two dozen policemen including an officer. The police and factory management made no attempt to stop the factory workers killing the young man. Some reports suggest that the victim was in love with a Muslim girl which was what angered the Muslim workers who also called for help from outside the factory. The sad truth of the fact is that no political group, even, the one in power has started to investigate the incident or provide security to the Hindu community, who are under tremendous threat and insecurity by some fundamentalist Muslim groups. 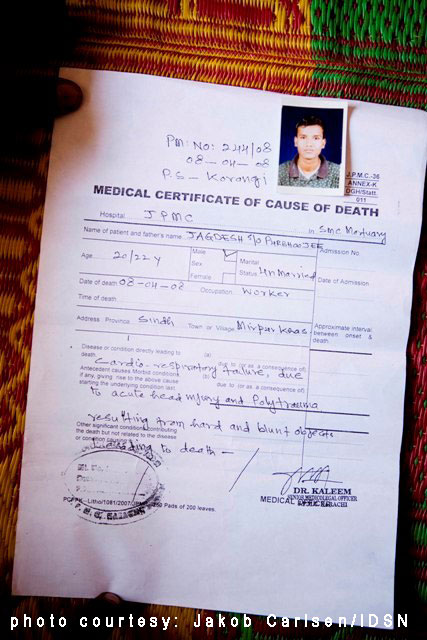 According to the information collected, Mr. Jagdesh Kumar belonged to a lower Hindu caste and his family lives in Mirpurkhas, a city close to India bordering the Rajesthan estate. Jagdesh came to Karachi city, the capital city of Sindh province, for a better job some years ago and joined the NOVA leather factory Korangi, Karachi, which has 7000 workers about 60 of which are Hindu. Jagdesh was very close to a Muslim girl who worked at the factory but supervisory staff and some workers, who are members of Islamic fundamentalists groups were not happy with the close relationship which developed between Jagdesh and the Muslim girl. The relationship showed every promise of turning into a lifetime partnership. 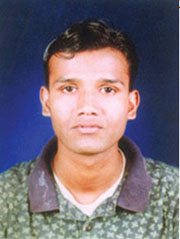 On the day of the incident, April 8, 2008, at 10am some workers and security guards beat Jagdesh and warned him not to “involve himself in so many things”. They told him that he must remain simply a Hindu worker. After beating him he was produced before Ms. Naushaba, the supervisor of the stitching department where he was working, and Jagdesh was accused of saying bad words against the Muslim prophet, which he denied instantly. But Ms. Naushaba, who was aware of his relationship with the girl just softly, slapped his face and told him to start work. So at that point things were quite normal, but at 11.30 am some people from the workers of a religious group started beating him again and after some minutes the security guards of the factory locked him in a security room which had iron gates. The workers who had beaten him, started shouting that Jagdesh was using bad words against Islam.

Source: A Statement by the Asian Human Rights Commission