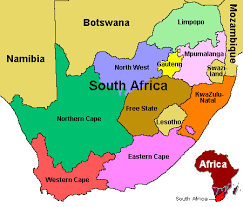 The photographs posted on a website showed several models stretching out their hands pretending to be a six-limbed deity. Another picture showed a model lifting her t-shirt as she stands against paintings of Hindu deities.

The pictures were taken at a music festival during New Year festivities.

The National community leaders have unanimously condemned these actions, but the photographer defended saying it was within the rights to freedom of expression.

“While it is so that freedom of expression is embodied in the South African Constitution, the same Constitution does not grant absolute rights in this regard,” Moothsamy said.

“We will call on government to introduce legislation that protects Hindu and other religious iconography from being denigrated.”

South African Hindu Maha Sabha president Ashwin Trikamjee said these type of action reared its head from time to time, usually from people who were ignorant of its religious significance.

“We have to find a way to address the increasing use of Hindu iconography in a derogatory way with impunity,” he said.

Hindu Youth Network Chairman Pregesan Pillay said the latest incident was particularly offensive as it came while temples across the country marked Thaipoosam Kavady, honouring the deity Ganesha, one of those featuring in the offensive pictures.

The editor of the website, who identified himself as Nas Who, said the photographs were not aimed at making any statement on Hinduism. The images were used as it was already on display at the festival as a backdrop for a project.

Who told the weekly Post that he would have to consult with his staff before taking a decision on removing the photos from the website.

But the artistic director of the photo shoot, Lucia Gcingca, was opposed to this.

“I strongly believe in the freedom of expression and what we did was to express our artistic freedom. We used the pictures because they looked good. They had no political meaning,” she said.

Earlier also similar things were reported in the country which included a cartoon of Ganesha as representing the Board of Control for Cricket in India alongside Cricket South Africa (CSA) chief executive Haroon Lorgat being offered as a sacrifice to the deity by CSA officials.