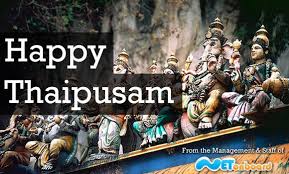 KUALA LUMPUR (Jan 29, 2014): Police are tracking down two Facebook users who posted disparaging and seditious comments against Hindus and the Thaipusam procession on the social media website two weeks ago.

“We are yet to make any arrests but we will find them. Do not think you can post such comments from overseas and get away with it. We will track them down. The police will act on any sensitive comments made against religion,” he said at a press conference at Bukit Aman.

More than 100 police reports were lodged nationwide after the Facebook users who went by the names Man Namblast and Mohamed Hidayat allegedly made hurtful comments against Hindus.

Information chief of the Federation of Malaysian Indian Organisation (PRIMA), S Barathidasan, who also lodged a police report on the matter on Sunday, said today the police should prioritise and give importance to solving the case just as in other similar incidents which touched on religious sensitivities.

“The comments are extremely seditious and hurtful to Hindus. Such comments can sow racial tension between the races in the country. We urge the police to take severe action against the culprits,” he told theSun.