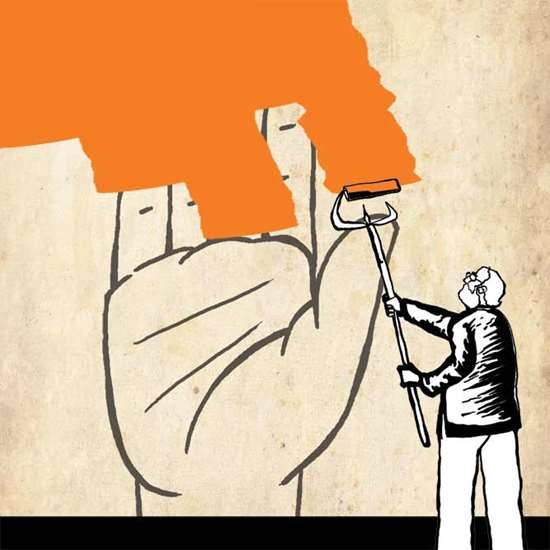 Living through the past quarter of a century, in which the Congress was just one among many contenders for power, one thought that anti-Congressism had run its course. But it seems that the old division of political forces into Congress vs its opponents still has some relevance. Of course, dislike of and suspicion about the Congress continued even during the post-Congress phase (from 1989 onwards)—mainly as a strategy to forge non-Congress coalitions. The high moment of this non-­Congressism came in 1989, when the National Front government was propped up by both the BJP and the Left Front. Now, when the Congress is fighting to retain a semblance of a contest in the Lok Sabha polls, anti-Congressism is back in the political discourse. In the run-up to the ongoing election, the BJP’s PM candidate, Narendra Modi, has revived anti-­Congressism—and more str­i­dently than others in the recent past.

What does Modi’s idea of a ‘Congress-mukt Bharat’ mean? Demagoguery often precludes the possibility of substantive argument. Therefore, it would be difficult to adduce direct ‘evidence’ of what Modi means by a Congress-mukt Bha­rat. One can only guess at its meaning by inference. It is tempting to fit the Modi discourse in traditional dichotomies of the ‘left’ and the ‘right’ or ‘secular’ and ‘communal’. But we need to look beyond these dichotomies. Modi’s anti-Congress stand represents the classical sensibilities characteristic of Hindutva. These sensibilities have two core elements. One is a deep-rooted suspicion of the Muslim community (often culminating in a rejection of ‘minority’ claims and a tendency to uphold a majoritarian approach to democracy). The other is the middle-class dream of a strong Indian nation—without much concern for internal faultlines and the practical nitty-gritty of dev­el­opment and social asymmetries. Both are articulated in the language of ultranationalism—something that is internally exc­l­usionary (if not outright intolerant) and externally belligerent.

Let us be clear: the slogan of a Congress-mukt Bharat has nothing much to do with what today’s Congress says, does or stands for. It has nothing to do with the reality called the Congress, but about the normative frame within which democratic politics in this country has been historically shaped. Political Hindutva always sought to move our dem­ocratic politics to a vacuous ultranationalist position sceptical of the minorities. Today, without necessarily and openly targeting the minorities, Modi’s BJP aims at shifting the political terrain towards a majoritarian form of democracy.

The effort under way is to produce a new consensus around which political competition in the next couple of decades would take place. Already, the Congress has vacated the space it once occupied; it has stopped appropriating the consensus which it once shaped and presided over. Through the ’90s, India’s democratic politics has been accidentally stumbling over a semi-consensus, primarily based only on contingent pragmatism. Modi’s BJP seeks to seize this moment of intellectual and political chaos—combined with acute deinstitutionalisation and the non-performance of the UPA government—and turn it into a building block for the new consensus political Hindutva has always dreamt of.

Then why does Modi speak about a Congress-mukt Bharat, instead of claiming that he wants to shape a new consensus? For one, as a party ruling the country for a decade, it is easy to blame the Congress not just for the current crisis of governance but for the fundamentals with which sections of the middle class have been very uncomfortable. Two, the previous consensus was far too much associated with the Congress of yesteryear—the Nehru-Indira Congress, rather than the Indira-Rajiv Congress. Historically, political Hindutva has always positioned itself as the true alternative to that consensus. Three, in the public imagination, the remnant of the previous consensus is somehow associated with the Constitution and Modi dares not say that he wants to redefine the constitutional consensus.

So for Modi, to talk of a Congress-mukt Bharat is a convenient strategy because it resonates well with the current mood of disenchantment and also allows him to shape and strengthen sensibilities that are deeply at odds with the historical consensus that facilitated the march of democracy in India.