Prime Minister Narendra Modi is all set to make his first visit to a military instillation INS Vikramaditya, the latest and the largest aircraft carrier inducted into the Indian Navy.

8:56 pm: Government presented the ATR which is their interpretation: BJP on Madhav Chitale committee’s report on irrigation scam.

5:26 pm: Had a very productive meeting with @arunjaitley in Srinagar this afternoon. Discussed matters related to both defence & finance with him,” tweets J&K CM Omar Abdullah

4:35 pm: The previous government has left nothing for us. Everything is empty in the government: Modi

4:30 pm: Bureaucrats want to do their best for the country: Modi

1:08 pm: The Prime Minister dedicates INS Vikramaditya to the nation.

12:50 pm: PM: This government will implement the ‘one rank one pension’ scheme

12:49 pm: PM: I would like to congratulate the officers on this day

11:38 am: PM back on deck, naval demonstrations resume as the weather has now cleared

11:17 am: Demonstration of the naval vessels have been halted due to heavy rains. The PM and others have been taken inside INS Vikramaditya

11:11 am: The PM is watching various manoeuvres and formations of ships and submarines

11:05 am: This is a significant visit as it comes just days after the Prime Minister taking charge: Vice Admiral (Retd) Anup Singh, Former Commander in Chief, Eastern Naval Command

10:46 am: This is Modi’s first visit to any state after taking oath as the Prime Minister on May 26.

10:45 am: The Prime Minister is scheduled to meet and interact with the crew on board the warship carrier and address the officers and sailors of the Indian Navy. 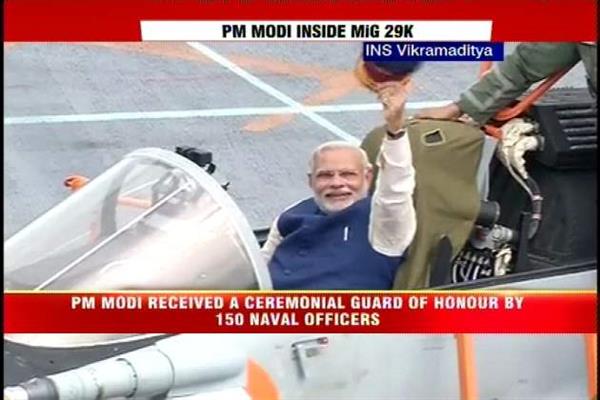 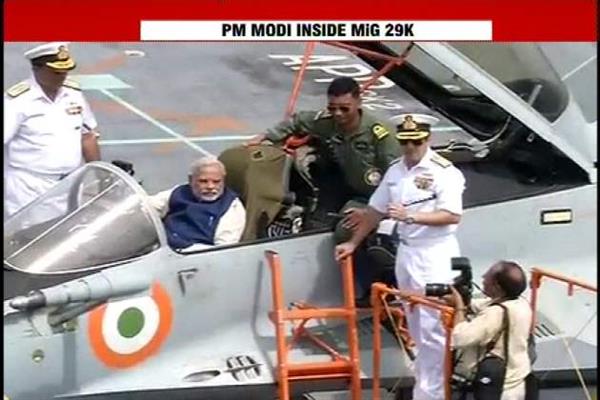 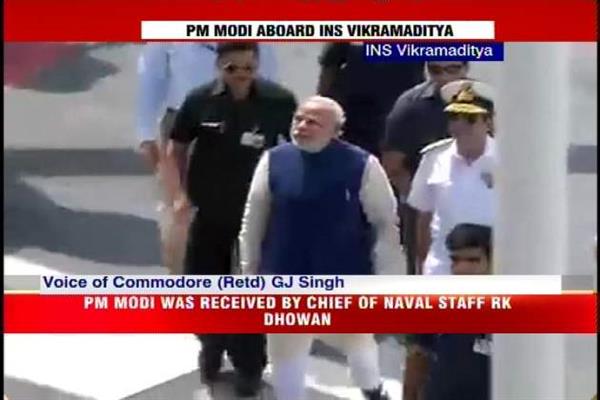 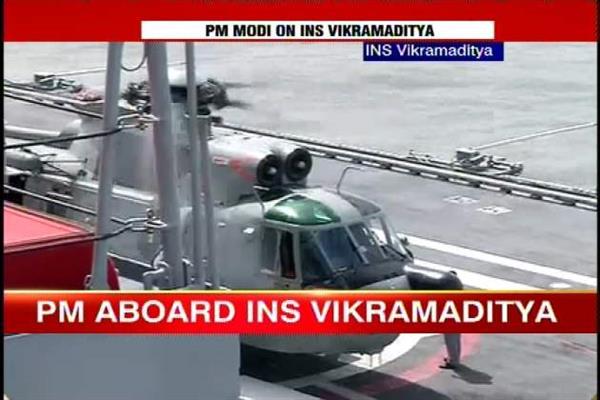 10:11 am: This is a moment of pride for the Indian Navy. It will be a huge morale booster for the forces: Commodore (Retd) GJ Singh, President, Ex-servicemen League, Karnataka

10:07 am: PM Modi boards a helicopter to embark on INS Vikramaditya 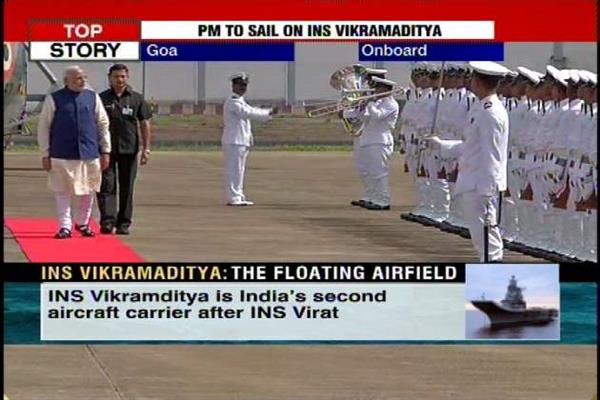 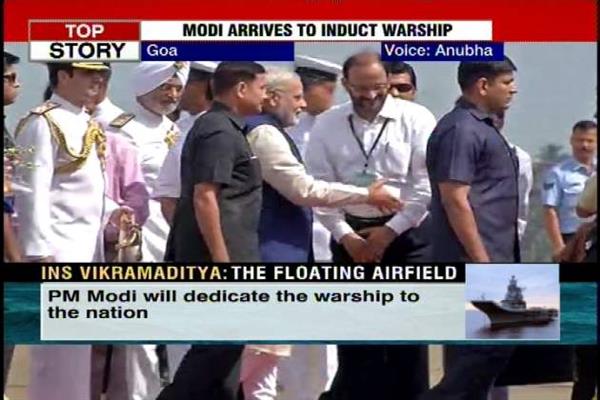 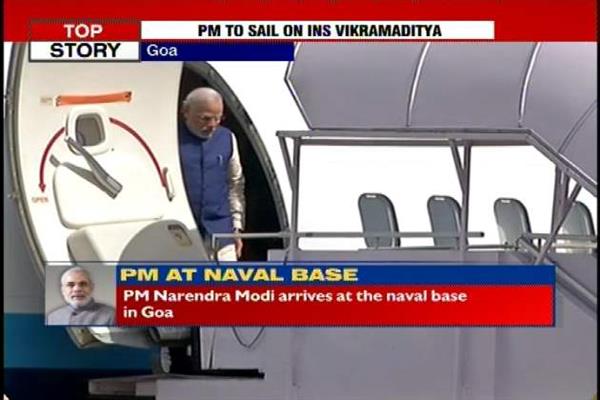 9:48 am: PM Modi arrives at Dabolim air base in Goa 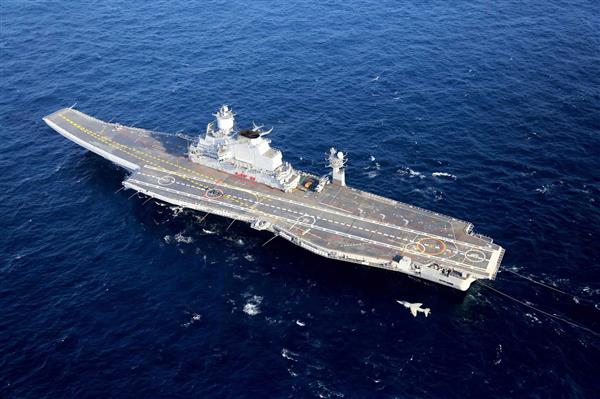 9:36 am: This will be Modi’s first outing to a military asset. He is likely to get a 150 men ceremonial ‘Guard of Honour’ on his arrival before he embarks on the INS Vikramaditya.

9:35 am: The Prime Minister would be embarking the carrier at sea by helicopter and is likely to witness a host of naval exercises. He will be received at the Goa Naval Air station, INS Hansa, by Chief of Naval Staff RK Dhowan.

9:35 am: Prime Minister Narendra Modi is all set to make his first visit to a military instillation INS Vikramaditya, the latest and the largest aircraft carrier inducted into the Indian Navy.