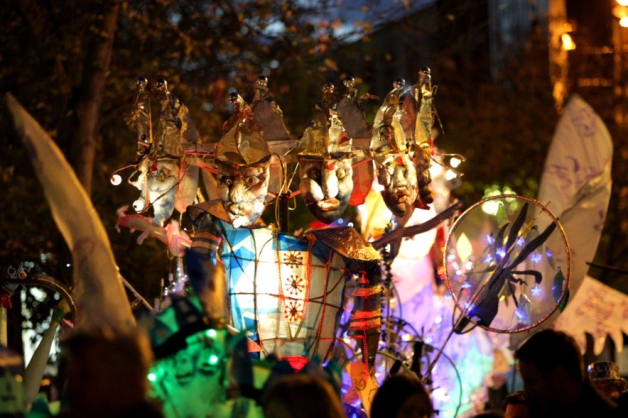 A five-metre tall elephant is set to be the highlight of this year’s annual Diwali parade in Northampton town centre.

Thousands of people are expected to attend the event on Saturday, which runs from 1pm to 8pm in the Market Square.

The first half of the event will feature a number of stalls selling cultural food and drinks and there will also be henna painting and saree dressing.

From 6pm there will be a Diwali procession through the town centre including colourful mythical beings pulled by costumed participants and lead by Indian dhol drummers.

For the first time this year, the procession will include a five-metre by three-metre elephant called Harminder the Hathi (Elephant) and a new Big Diva, funded by the Arts Council.

She said: “The event gets bigger every year. We have been holding workshops in local schools and we will have a lot of stalls.”

The procession tells the epic Hindu story of the Ramayan, in which evil is defeated by the godly king, Lord Ram. Hindus celebrate Diwali over five days, which includes their New Year.