Cameron described the encyclopedia as a great contribution to humanity.

“I love this saying of ‘let all the noble thoughts come from all directions.’ I am going to use this. This is beautiful,” he said. 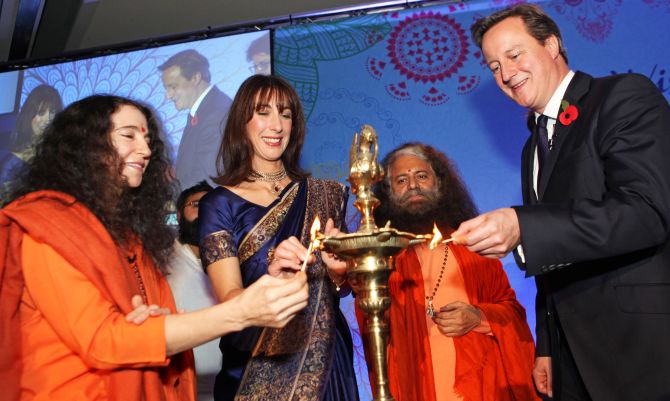 Produced by the India Heritage Research Foundation, ‘The Encyclopedia of Hinduism’ is a product of more than 1,000 scholars from around the world, totaling 11-volumes and approximately 7,000 entries on history, science, art, architecture, polity, religion, philosophy and culture.

Swami Chidanand Saraswati, who chaired the event said, “We are an inclusive culture, not an exclusive culture. We are a culture that embraces all, excludes none.  We pray not only for all of human life, but also for the animals, the plants and nature.  Our culture teaches us — do not only worship the creator, but also serve the creation. This encyclopedia was created with that in mind — service of creation, service of those who didn’t know or understand or have access to these timeless truths and insights.”

Monday’s event was hosted by Lord Andrew Feldman, the chairman of the Conservative Party.

The managing editor of the encyclopedia and president of Divine Shakti Foundation, Sadhvi Bhagawati Saraswati, said Hinduism is not simply theology but its teachings encompass every area of life and are linked to the cultural fabric of India. 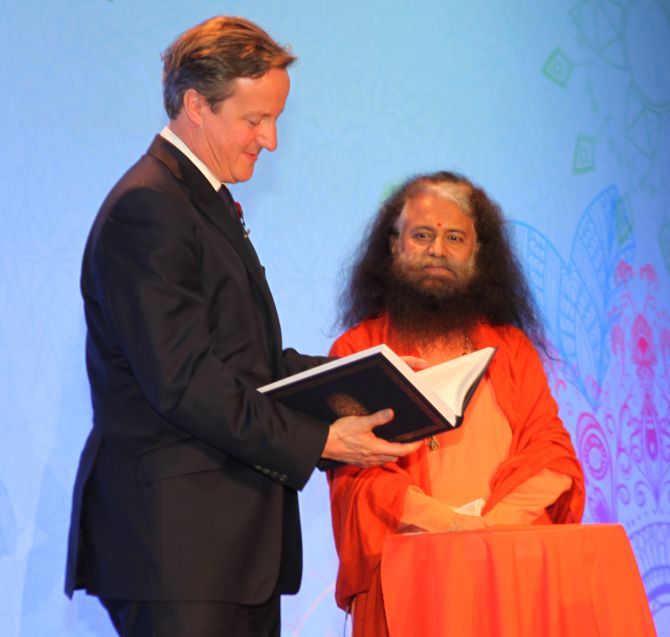 “Nowhere in the Hindu scriptures does one even find the word Hindu — the term used to describe these ancient yet timeless teachings is Sanatan Dharma — or eternal way of life.  Hinduism emphasizes the very oneness of Creation and of paths to the Divine,” Sadhvi Bhagawati Saraswati said.

The International Edition of the Encyclopedia of Hinduism was presented by the India Heritage Research Foundation to President Pranab Mukherjee in June.