Karad (Maharashtra) : The number of people celebrating New Year in the night ofon 31stDecember instead of ‘Gudhi Padva’, is rising every year, although it is a wrong practice. 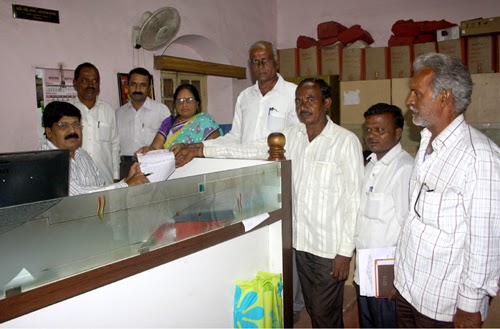 It becomes difficult for women and even other citizens to go out on that day due to different malpractices taking place on that day. The young generation of this country is following the path of destruction. Restrictions should therefore, be imposed on consumption of liquor, smoking etc. at the main places of pilgrimage, tourist places, forts etc. in Maharashtra so also at other public places.

A representation to the above effect was submitted on behalf of Hindu Janajagruti Samiti to Shri. B. M. Gaikwad, Nayab Tehsildar of Karad, Karad Taluka police and Karad city police, by Shri. Chintamani Parakhe and Shri. Lakshman Pawar of HJS along with Sou. Neela Desai of Sanatan Sanstha and other devout Hindus present on the occasion.

Satara (Maharashtra) : A Rrepresentation was submitted to police and District Administration by Hindu Janajagruti Samiti for their demand of asking them to prevention of wrongdoings taking place on 31stDecember under influence of western culture.