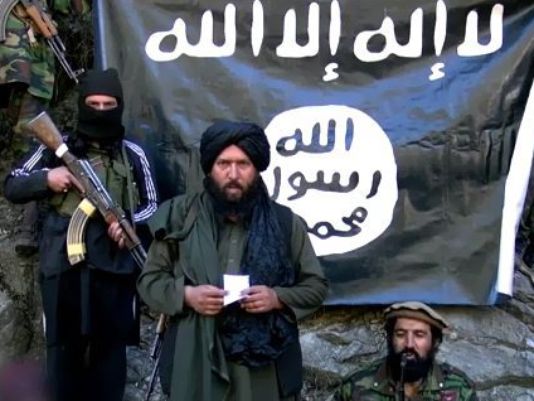 An apparent Islamic State recruitment document found in Pakistan’s lawless tribal lands reveals that the extremist group has grand ambitions of building a new terrorist army in Afghanistan and Pakistan, and triggering a war in India to provoke an Armageddon-like “end of the world.”

The 32-page Urdu-language document obtained by American Media Institute (AMI) and reviewed by USA TODAY details a plot to attack U.S. soldiers as they withdraw from Afghanistan and target American diplomats and Pakistani officials.

AMI obtained the document from a Pakistani citizen with connections inside the Pakistani Taliban and had it independently translated from Urdu by Harvard researcher and translator Mustafa Samdani. The Pakistani’s identity was shared with USA TODAY, which has agreed not to identify him publicly because of concerns for his safety.

The document was reviewed by three U.S. intelligence officials, who said they believe the document is authentic based on its unique markings and the fact that language used to describe leaders, the writing style and religious wording match other documents from the Islamic State, also known as ISIL and ISIS. They asked to remain anonymous because they are not authorized to discuss the matter publicly.

“Accept the fact that this caliphate will survive and prosper until it takes over the entire world and beheads every last person that rebels against Allah,” it proclaims. “This is the bitter truth, swallow it.”

Retired Defense Intelligence Agency Director Lt. Gen. Michael Flynn, who also reviewed the document, said it “represents the Islamic State’s campaign plan and is something, as an intelligence officer, I would not only want to capture, but fully exploit. It lays out their intent, their goals and objectives, a red flag to which we must pay attention.”

Alistair Baskey, deputy spokesman for the White House’s National Security Council, told AMI, “we are aware of the presence of ISIL-affiliated militants in Afghanistan, and we are monitoring closely to see whether their emergence will have a meaningful impact on the threat environment in the region.”

The Taliban is another radical Islamic group that ruled Afghanistan until ousted during the U.S. invasion in 2001. It continues fighting the current Afghan government and also trying to thwart the Islamic State’s expansion into Afghanistan.

The document warns that “preparations” for an attack in India are underway and predicts that an attack will provoke an apocalyptic confrontation with America: “Even if the U.S tries to attack with all its allies, which undoubtedly it will, the ummah will be united, resulting in the final battle.” The word “ummah” refers to the entire global community of Muslims.

Striking in India would magnify the Islamic State’s stature and threaten the stability of the region, said Bruce Riedel, a senior fellow with the Brookings Institution who served more than 30 years in the CIA. “Attacking in India is the Holy Grail of South Asian jihadists.”

Pakistan Foreign Secretary Aizaz Chaudhry said the Islamic State threat in Pakistan was discussed with White House, State Department and Pentagon officials in June. He told reporters at the Pakistani Embassy in June that successful allied military operations have scattered the Pakistani Taliban.

Chaudhry denied there is an Islamic State presence in Pakistan. It could be “a potential threat for the whole world, for our region too, for our country too,” he said. “We believe that all countries need to cooperate, and Pakistan, yes.”

Unlike al-Qaeda, which has targeted terror attacks on the United States and other western nations, the document said Islamic State leaders believe that’s the wrong strategic goal. “Instead of wasting energy in a direct confrontation with the U.S., we should focus on an armed uprising in the Arab world for the establishment of the caliphate,” the document said.

So far, the U.S. strategy has been limited to fighting the militant group in Iraq andSyria, ordering limited airstrikes and deploying trainers to strengthen Iraqi security forces.

Meanwhile, the Islamic State has recruited tens of thousands of fighters and sympathizers from around the world.

The failure to target the radical Islamic ideas behind the group has given its fighters the opportunity to spread, Flynn said. “If I were in their shoes, I would say,’We are winning, we are achieving our objectives,’” Flynn said. “They have demonstrated an incredible level of resiliency and they will not be defeated by military means alone.”

Richard Miniter contributed to this story.