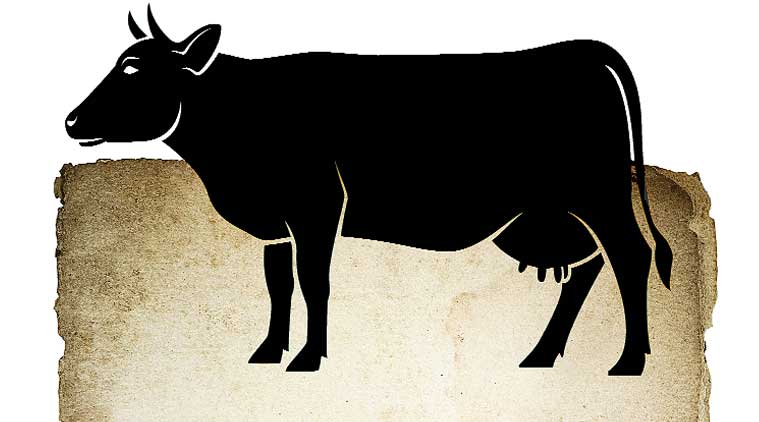 Jail terms 10 yrs for cow slaughter in Haryana, Jammu and Kashmir, Jharkhand and Rajasthan. Punishment up to varying terms in jail in other states.

States where cow slaughter is banned:

2) Assam
Cow slaughter banned except on issue of ‘fit-for-slaughter’ certificate, at designated places.

5) Chhattisgarh
Slaughter of cow, buffalo, bull, bullock, calf, and possession of their meat banned. Transport, export to other states for slaughter also banned; attracts same punishment of 7 years’ jail, fine up to Rs 50,000.

6) Delhi
Slaughter of “agricultural cattle” — cow, calf, bull, bullock — and “possession of [their] flesh”, even if they are killed outside Delhi, banned. Buffaloes are not covered.

7) Gujarat
Slaughter of cow, calf, bull and bullock; transport, sale of their meat banned. Punishment: Rs 50,000 fine, up to 7 years’ jail. Ban does not include buffaloes.

8) Haryana
As per a 2015 law, “cow”, which includes bull, bullock, ox, heifer, calf, and disabled/diseased/barren cows, can’t be killed. Punishment: 3-10 years jail, fine up to Rs 1 lakh. Sale of canned beef and beef products, and export of cows for slaughter banned.

9) Himachal Pradesh
Slaughter of all bovines punishable by 5 years’ jail. Killing allowed in the interest of research, or if animal has contagious disease.

10) Jammu & Kashmir
Slaughter of cow and its progeny punishable by up to 10 years’ jail. Possession of “flesh of any [of these] slaughtered animal(s)” punishable by a year; killing of “he or she buffalo” punishable with fine five times the animal’s price.

11) Jharkhand
Slaughter of cows and oxen; possession, consumption of their meat, banned. Violators face up to 10 years’ jail and/or Rs 10,000 fine.

12) Karnataka
Cows can be slaughtered if old or diseased. Possession not a crime. Bill proposed by BJP in 2010 made slaughter punishable by 7 years’ jail and Rs 1 lakh fine, but it did not become law.

14) Madhya Pradesh
Slaughter of cow, progeny banned. Penalty raised to 7 years’ jail in 2012, burden of proof on accused. Buffaloes can be killed.

20) Uttar Pradesh
Slaughter of cow, bullock, ox banned. Can’t store or eat beef. 7 years’ jail and/or Rs 10,000 fine. Can import in sealed containers, to be served to foreigners. Buffaloes can be killed.

* Jail terms 10 yrs for cow slaughter in Haryana, Jammu and Kashmir, Jharkhand and Rajasthan. Punishment up to varying terms in jail in other states.

* Hefty fine 1 lakh in Haryana, and Rs 50,000 in Chhattisgarh and Gujarat. Range of smaller fines for slaughter and related crimes in other states.