Please see the blog from Sri Kewal Ahluwalia. We must thank him for reminding us about valor, steadfast determination of young Hindu, Haqiqat Rai. His sacrifice for his Dharma ought to be familiar for any student of history of India unless it is censored, and  of course it was from secularized  text books .
He was accused of blasphemy in a Mullah run school,  hence had the unenviable choice, Islam or Death.Please see the story below from Voice of Punjab. Like children of Guru Govind Singh, he too chose latter. Even now in Pakistan the same blasphemy laws are in force with same tragic consequences  to innocent victims. He had a young wife and full life ahead , yet his devotion to Dharma triumphed over any other consideration. He succeeded even in death, since he refused to submit to tyranny. Truly  the land of five rivers with  heroes like him , before and after him as well like Bhagat Singh et al , is sword arm of India.
Here also is some more information on Veer Haqiqat Rai .
VOICE OF PUNJAB
Just another WordPress.com site 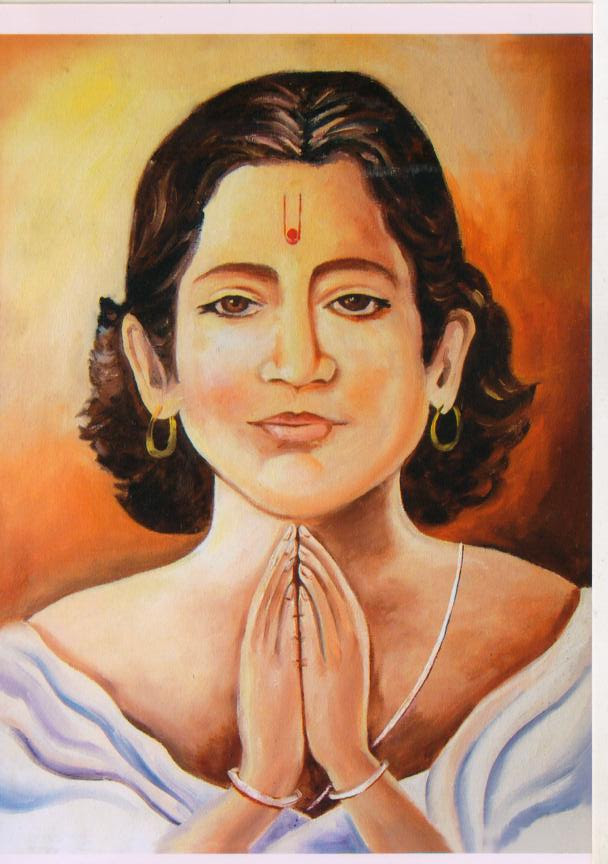 Every year Basant Panchami reminda us of the supreme sacrifice made by a teenager Hindu, Haqiqat Rai, who preferred death to conversion to Islam. So firm was his belief in Hindu philosophy and such a great pride he took in being a Hindu that no lurement and even threat to his life could weaken his determination to remain a Hindu. Sometimes it seems unbelievable that a Hindu boy of only fourteen had such a rocklike determination and such unfathomable love for his religion, when the so-called political leaders of to-day are ever ready to sell their soul for the sake of some votes, because votes bring power and wealth. And here was a teenager who rejected with contempt the offer of wealth and power at the cost of his religion.
Haqiqat Rai was the only son of a very rich man Bhag Mal Puri of Sialkot. Haqiqat was not only handsome but sharp-witted also. As was the wont in those days, he was sent to a Maulvi to learn Persian which was the official language at that time. He was so intelligent that he learnt the language fast and easily. The result was that the Muslim students in the class began to feel jealous of him. One day a boy, son of a Mullah, engaged in discussion with Haqiqat on the spellings of some words. When he found that he was no match for Haqiqat, he began to shout that Haqiqat had blasphemed the prophet Muhammad. All the other students who were Muslims, joined the Muslim boy and accused Haqiqat of blasphemy. Even the Maulvi, without making a thorough inquiry, turned against Haqiqat, even though Haqiqat repeatedly swore that he had not used any abusive language against the prophet Muhammad.
Haqiqat Rai was got arrested and the administrator of Sialkot, at the instance of fanatical Mullahs, decided that Haqiqat Rai should either face death or convert to Islam. Under the Sharia, the Islamic law, that was the punishment for Haqiqat. Despite Bhag Mal’s entreaties and beseeching, the hatred-filled Maulvis and Mullahs did not relent, but Haqiqat Rai refused to convert to Islam. Then Bhag Mal bribed some corrupt officials and the case was taken to the Governor’s court at Lahore. As the soldiers alongwith Haqiqat set out for Lahore, a large number of Hindus of Sialkot and neighbouring places accompanied them. A number of fanatical Muslims also accompanied them so that the infidel Haqiqat should not get pardon.
At the Lahore court, too, no justice was done to Haqiqat. Under the pressure of Maulvis, the provincial governor (Zakaria Khan) confirmed the sentence pronounced by the Maulvis of Sialkot. In a sweet voice, he asked Haqiqat to convert to Islam, if he wanted to escape death. Haqiqat replied, “My Lord, shall I never die, if I become a Muslim ?” The Governor replied that no body could escape death for ever. To which Haqiqat replied,” If I am to die even after becoming a Muslim, why should I sacrifice my great religion for the sake of Islam ?” Zakaria Khan again tried to convince him, but to no avail.
Bhag Mal, his wife and their relatives, all met Haqiqat in the jail at night, in a last bid to persuade him to convert to Islam. Bhag Mal said to him,” My son, if you die , the life of all us will become dark and there will be no meaning for our life then. But if you become a Muslim, at least we shall see you alive and that will give light to our eyes.” But Haqiqat replied, “Respected father, I cannot renounce my great religion for those things which are mortal. I find no quality in Islam which is a religion of oppressors and robbers. They extort money from non-Muslims and call it Jeziya, They kill non-Muslims, destroy their property and enslave their men, women and children. By committing such atrocities, they think they are pleasing their God(Allah)…….I am ready to die, but not willing to convert to this inferior religion.”
Next day, Haqiqat was brought to the court and again asked to change his mind, but Haqiqat firmly refused to convert. The governor then ordered that the boy be handed over to Mullahs to punish him according to Sharia. The boy, with a smile on his face and reciting “Ram,Ram” was taken to an open place and buried in the earth upto the waist. A large number of Maulvis,Mullahs and thousands of Muslims surrounded the boy and began to throw pebbles, stones and bricks on the boy and shouted “Allah, Allah.” When Haqiqat became half-dead, a soldier took pity on him and cut his head off with a stroke. It was the day of Basant Panchami.
The dead body of the boy was cremated with full Hindu rites and the recital of Ved mantras. Thousands and thousands of Hindus gathered there. They showered rose-petals on his dead body and brought sandalwood for his cremation. A samadhi(tomb) was erected there and upto the partition of India, Hindus from all over Punjab used to gather there in Lahore every year on the Basant Panchami day to remember the supreme sacrifice made by Haqiqat Rai for Hindu Dharma.
( Based on Chahar bagh-e Punjab written by Ganesh Das in Persian, in 1849 )
H.L.Kandhari
Source: World Hindu News (WHN)