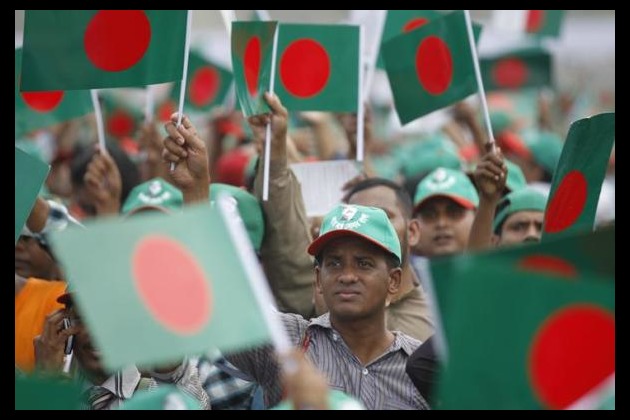 Dhaka [Bangladesh], Nov. 6 (ANI): Bangladesh’s Fisheries and Livestock Minister Sayedul Haque denied the allegations of using abusive words on Hindus and has claimed that some people are attempting to tarnish his political career by spreading false rumours.

Allegations were brought against him following the Nasirnagar violence during which Hindu temples and houses were vandalized, reports the Express Tribune.

“I will resign if anyone can prove that I made derogatory remarks about the Hindus after the Nasirnagar attack,” he said on Sunday.

On October 30, a section of religious zealots carried out attacks on the Hindus in Nasirnagar upazila of Brahmanbaria over a Facebook post that hurt religious sentiment of the Muslims.

The attack left over 100 Hindu houses and 17 temples vandalised.

Earlier, the minister had also said that Rasraj, the person whose Facebook account had made the inciting post, was too uneducated to have made it himself.

In a fresh attack on Friday, miscreants also set fire to at least six houses of Hindus in the upazila amid alertness of law enforcement agencies and local administration.

Police, RAB, and BGB have been deployed in the area to maintain law and order.

The streak of communal violence has continued in other parts of the country as more reports of attacks on Hindus were reported in Netrokona, Habiganj, and other districts followed. (ANI)