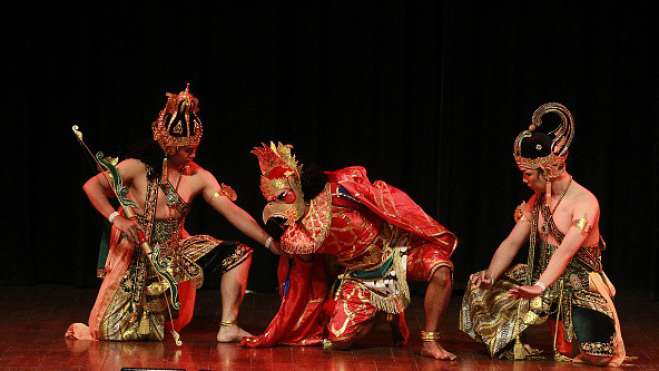 INDIA, January 22, 2018 (Swarajya): In the run-up to the India-ASEAN Commemorative Summit to be held in New Delhi on the Republic Day (January 26), the on-going Ramayan Festival in the capital has troupes from all ten ASEAN nations – including Muslim majority Indonesia, Malaysia and Brunei – taking part in the plays and musicals based in the epic. The Ramayan Festival, a five-day event that began on 20 January, seeks to celebrate Ramayan’s place as the shared heritage of the eastern world, reported Outlook. The event is being organized by the Indian Council for Cultural Relations (ICCR), and will also be held in Ahmedabad, Hyderabad, Lucknow, Kolkata and Ayodhya after the capital.

“Ramayana is a joint heritage of the eastern world in a way. This is the signature epic of this part of the world and its influence is not confined to India boundaries,” ICCR head Vinay Sahasrabuddhe said. The heads of state of all ten ASEAN (Association of Southeast Asian Nations) countries – Indonesia, Singapore, the Philippines, Malaysia, Brunei, Thailand, Cambodia, Laos, Myanmar and Vietnam – are the chief guests for India’s Republic Day parade in New Delhi this year. The 10 heads of state will also unveil a set of commemorative stamps on the Ramayana. The summit celebrates 25 years of India’s engagement with the grouping of South East Asian nations and the Ramayan festival seeks to celebrate this civilizational link India and the ASEAN nations enjoy.