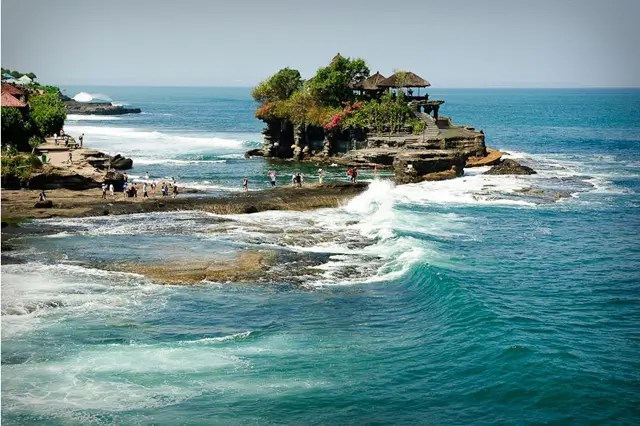 Malaysia has much to learn from Indonesia and if only we could emulate this secular state, we will progress and prosper, says Tota

Bali is a unique island populated mostly by Hindus. I spent a week there and returned enlightened and enriched.

Judging by the drive from the airport to the hotel, it was evident that the place was peaceful. It was such a change to see women wearing jewellery and carrying handbags without any fear of snatch thieves.

I did not have any political monsters looking down at me from raodside billboards. There were glorious statues of characters from the Ramayana and Mahabharata by the roadside and in the middle of roundabouts. The theme was always the triumph of good over evil.

There are plenty of Hindu temples and the Balinese are a very pious and religious people. Dozens of Balinese women bearing fruits and flowers on their way to the temple is a common sight.

One great thing is that the temples have no resident priest. The Balinese do not need a middleman to reach God. Prayers are strictly between the worshipper and God. How wonderful.

I went to a bookshop at a mall and found all religious texts in Bahasa Indonesia – the Qur’an, the Bible, the Ramayana, the Mahabharata and the Bhagvad Gita.

I bought a copy of the Jakarta Post, a newspaper superior to what we get in Malaysia. The freedom of the press was evident from its critical and analytical content. An article criticised the President for his indecisiveness and lack of political will.

I had the good fortune to meet an Indonesian professor of history and he impressed me a lot. The first thing he said to me when he learnt that I was from Malaysia and not a Muslim, was, “You can freely use the word Allah here!

He commented that only in Malaysia are non-Muslims barred from using the word Allah and added that it was because the Umno brand of Islam was conservative. He thought this had convinced the Malays that they are weak in their faith – that the word if used by the non-Muslims would confuse them.

He believes that Malaysians as a whole are a docile lot. According to him corrupt political leaders continue to prosper with the people’s support.

Also, he knew everything about our unfair electoral system. “You elect only your state assembly people and the MPs, unlike Indonesia where people elect their representatives from kampung to parliamentary levels.

“The governor of Bali is a Hindu. Do you think Putrajaya will allow such a thing in Malaysia?

“Every Indonesian citizen is considered indigenous,” he said. As he took leave, he wished me and Malaysia the best of luck.

When I left Bali, I felt that Indonesia was on the right track to becoming a united, corruption-free democracy. Malaysia has much to learn from Indonesia, and if only we could emulate this secular state, we will progress and prosper.