There was famous saying –”Jab Top Mukhtatib Ho To Akhbar Nikalo” – meaning; When you are facing a military tank to face tank start publishing newspaper .This saying contain deep message and has relevance in this information age . “Words are new weapons and satellites are new artillery”. While meant as satire, these lines have increasingly proven perceptive, power of the media as the most potent force on the global stage. It is imperative Hindu society understands this changing dynamic, and adapts itself accordingly to this new reality. It is already common wisdom that “he, who controls the media, control the mind of people” Expanding this line, many people are now saying that ” he who control the information control the world .. Now is the age of internet based media and technology is bringing level playing field. Every Hindus feels that there serious gap for Hindus in media. WORLD HINDU NEWS is humble efforts in the direction to fill the gap. On the Sacred day of Gopastami my best wishes to World Hindu News and team.

World Hindu News — a venture initiated by World Hindu Foundation (WHF) is a focused program to cater to the news requirement of world wide Hindus. Hindus today constitute one sixth of humanity implying that out of every six humans—one is Hindu. Hinduism is the oldest civilization in world today that has spread world wide. With worldwide spread, Hindus have formed thousands of Dharmic (religious), social and political organizations focused towards preservation, protection and sustenance of Hindu Dharma.

In past 100 years of modern Hinduism, there have been gaps in publishing Hindu news—whether it’s publishing a press release, or publishing report on Hindu human rights violation or supporting Hindu voice against defamation, bigotry and discrimination. The main stream media has ignored the Hindus community since past 100 years and not only presented a distorted view but also Hindu ideologies were misinterpreted. This gap has been increasing with time and now with the advent of world wide web—rapid news broadcasting is a reality and has vast spread. The vision of World Hindu News (WHN) is to fill this gap, publish and transmit worldwide Hindu news.

I am very delighted to be associated with the inaugural function of the World Hindu News .com online service for publishing the news related to the Hindu World. I hope this effort will fill in the big void in raising awareness of the world community regarding the positive contributions of the Hindus around the world and also about the issues faced by Hindus, human rights violations of Hindus and injustice suffered by Hindus in the world. May Ishwar shower His Grace on the new venture in serving the World Hindu Communities. 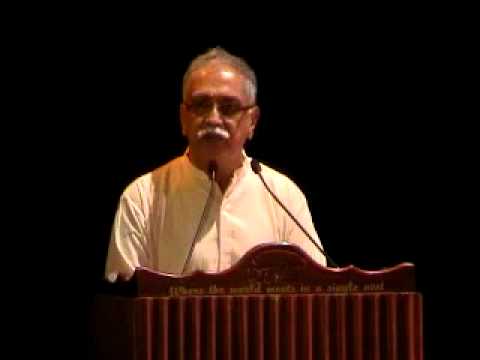 World Hindu News is an important step towards Hindu news publications and transmission. Such program will promote awareness and news broadcasting to millions of Hindus who look forward to the updated news. Many times in past, published news pertinent to Hindus and Hinduism failed to deliver an appropriate ideological message to the audience. World Hindu News program is a great initiative towards catering to the global Hindu news publishing.

World Hindu News is for Hindus, by Hindus and of Hindus. Hindu organizations—whether social – cultural, political or Dharmic (religious) have always had a requirement – a transparent, non biased and comprehensive news publication of news pertinent to Hindus. Whether the news is regarding Hindu human rights violation or resurgent Hinduism, mainstream media haven’t cooperated with worldwide Hindu organizations in providing proper coverage of Hindu news, this gave an opportunity to media forces with vested interests in taking advantage of this gap and have been publishing distorted news as per biased positioning of editorial teams towards Hindus & Hinduism. As a result a large requirement gap exists in publishing news specific to Hindu cause with comprehensive news content publishing and projecting worldwide Hindu organizations efforts in on a global news platform.

World Hindu News program, by it’s core foundation principle, is focused on Hindu news publication with an aim to help Hindus and Hindu organizations in their efforts to preserve, protect and sustain Hindu Dharma. I sincerely thank WHN technical team along with guides and mentors who have provided strategic & tactical guidance in making this vision a reality. With the blessings and inspiration of Swami Vigyananand ji, I foresee World Hindu News in the forefront of news publishing in the service of Hindu Dharma.