New Delhi: RSS chief Mohan Bhagwat on Tuesday batted for grant of state citizenship rights to Hindu refugees in Jammu and Kashmir and rehabilitation of Kashmiri Pandits, who were forced to leave the Valley due to militancy.

He said the state government should work with the Centre to pursue one policy and move in one direction, noting that the nationalist forces should be strengthened and “undesirable” activities be rooted out.

The situation in the state is a matter of concern, he said. 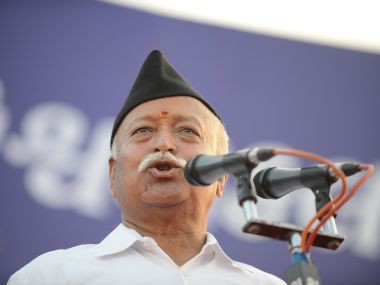 “Many issues continue to hang fire. During the partition and subsequently many Hindu refugees were displaced from Pak-occupied Kashmir and arrived there. Sheikh Abdullah assured them that they will be given their rights. Their third generation is living there. They don’t have state citizenship rights. They don’t have ration cards and jobs. How long will they wait?” asked Bhagwat.

“For decades, Kashmiri Pandits have been living outside. They should live where they used to and be sure of their protection as patriots and Hindus. Such circumstances should be created and they be given justice,” he said in his Dussehra address.

Their dreams will have to be fulfilled, he said, adding that only then people will believe that they are being taken care of in the same way other states are working for their citizens.

The issue of grant of citizenship rights to Hindu refugees in the state has been a controversial one there with parties like National Conference and PDP expressing reservation over it.

The state government, which is headed by PDP in alliance with BJP, should see to it that a transparent and clean administration is there, Bhagwat said.

Despite lot of money being pumped into the state, development work is not happening and people wonder where all the money is going, he said.

Those creating trouble should be dealt firmly, he said, claiming that there is no trouble in entire regions of Jammu and Ladakh, besides a large part of Kashmir.