“We have never genuinely practiced secularism in this country, only minority-ism.” 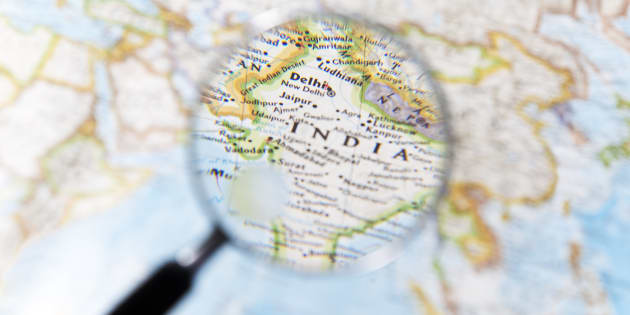 “Why is the “Hatkatro Khamba” allowed to gather dust instead of being displayed as a national monument,” asked Ramesh Shinde, the national spokesperson of the Hindu Janajagruti Samiti, (HJS) a Goa based organisation that was established in 2002 for “Education of Dharma, Awakening of Dharma, Protection of Dharma, Protection of the Nation and Uniting Hindus” according to its website. Speaking with HuffPost India, Shinde then explained that the pillar is widely regarded as a symbol of the atrocities committed against non-Christians during the Portuguese Inquisition of the 16th century.

“When will the Pope apologize for the bloodshed,” Shinde asked. “We have never genuinely practiced secularism in this country, only minority-ism. If we are not going to be genuinely secular, then why not become a Hindu Rashtra.”

Starting tomorrow, the HJS will host over 150 Hindu organizations from India and abroad in Goa to discuss the ‘Road Map to the Establishment Of The Hindu Rashtra.’

The HJS, widely regarded as a fringe Hindu group, burst into limelight after the Central Bureau of Investigation (CBI) arrested Virendrasing Tawde, a member, in connection with the murder of the rationalist Narendra Dabholakar in Pune in 2013.

The four-day long conclave will see discussions on the following topics — ‘Need For A Countrywide Beef Ban,’ ‘Failed policies of government in rehabilitation of Kashmiri Hindus,’ ‘Future of India: Islamic State or Hindu Rashtra,’ and ‘Road Map to the Establishment Of The Hindu Rashtra’. The discussions will be streamed live on Facebook, according to Shinde.

The Hindustan Times, which first reported on the upcoming event, spoke with leaders of the ruling Bharatiya Janata Party (BJP) and the Rashtriya Swayamsevak Sangh (RSS) who distanced themselves from the event being organized by HJS.

Opinion is divided on how seriously to take this gathering. Some dismiss them as the fringe. But there are others who believe that the fringe is the new normal given everything that has happened since the BJP came to power in 2014: the terror unleashed by cow vigilantes, the lynching of Mohammad Akhlaq, the restrictions on cattle trade that have disrupted the livelihood of millions, and the elevation of Hindutva firebrand Yogi Adityanath as the chief minister of Uttar Pradesh.

When Adityanath was a lawmaker in the Lok Sabha, the BJP leader had introduced a bill that called for the amendment of Article 1 of the Indian constitution to read “Bharat, that is Hindustan” instead of “India, that is Bharat.” In his interview to Doordarshan recently, Adityanath said that there is nothing wrong with the idea of a Hindu Rashtra. RSS general secretary Bhaiyyaji Joshi has previously remarked that those living in “Hindustan are Hindus.”

In an hour-long conversation, Shinde ticked off the oft-repeated reasons that Hindutva organizations cite as examples of Muslims getting an advantageous treatment and Hindus being made to feel like second-class citizens in India — the prevalence of personal laws, Hajj subsidies, the expulsion of Hindus from the Kashmir Valley and the prohibition on non-residents from buying property in Jammu and Kashmir.

As has already been done by right wing groups, Shinde compared the murder of Mohammad Akhlaq, lynched by a mob because he had supposedly consumed beef, to that of Prashant Poojary’s, a flower seller and Bajrang Dal activist who had been campaigning for the closure of illegal slaughter houses in Karnataka. “There was outrage over the killing of one, but no one cares when a Hindu is killed,” he lamented.

“We have never genuinely practiced secularism in this country, only minority-ism.

Shinde believes that talk of ‘Hindu rashtra’ is no longer rhetorical, and the discussions at the conclave will not be merely academic.

He said that the first step towards a ‘Hindu rashtra’ would be removing the word “secular” from the Preamble to the constitution. The sentiment has been echoed by quarters in the BJP and the RSS. Those who oppose such a change are concerned that BJP lawmakers and their allies will move to amend the Constitution if they gain a majority in the Rajya Sabha.

The words “secular” and “socialist” were added to the Preamble by way of the 42nd amendment to the Constitution when Indira Gandhi was the prime minister. The amendment is infamous for having curtailed the powers of the judiciary during the Emergency.

Shinde is optimistic that bolstered by its stunning victory in Uttar Pradesh, the state that sends the largest number of lawmakers to the Rajya Sabha, the BJP and its allies will be able to secure a majority in the Upper House by 2018. “We are moving towards it, politically. With the BJP in power, we have the best chance,” he said.

“We are moving towards it, politically. With the BJP in power, we have the best chance.”

However, changing or modifying a word in the Preamble will be just be a beginning, according to Shinde. “This does not stop at changes in the Constitution, there have to changes in educational and judicial polices as well,” he said.

Shinde is confident that 80 percent of the country will soon be clamoring for a Hindu Rashtra, and that is what Hindu organizations such as HJS should be working towards.

Shinde reasoned that if the public is overwhelmingly in favour of a Hindu Rashtra, it mattered little if the Congress or the BJP was in power. In other words, political parties would have to practice the politics of majority-ism and not minority-ism if they wanted to win. “Even the Congress realizes that they cannot recover if they cannot ignore Hindutva,” he said.

But what about Prime Minister Narendra Modi? There are many who naturally assume that Modi will think like the prime minister of the entire country and not just be a torchbearer for the cause of Hindutva.

While Modi has used religion to garner votes while campaigning for state elections, he has avoided a deep dive into communal politics. The manner in which he has conducted his foreign policy in Islamic nations has shown no influence of any Hindu nationalist ideology. The chief guest at the Republic Day parade this year was the Crown Prince of Abu Dhabi, Sheikh Mohamed bin Zayed Al Nahyan of the United Arab Emirates.

But Shinde is confident of Modi’s support. US President Donald Trump, he pointed out, is trying to keep Muslims out of the United States, but his first international trip was to Saudi Arabia where he signed a multi-billion dollar weapons deal.

Shinde believed that the so called surgical strikes against terrorist camps in Pakistan and the recent order banning the sale of cows and buffaloes for slaughter were proof that Modi government was devoted to Hindutva. “We are hopeful but he [Modi] needs to do more,” he said.