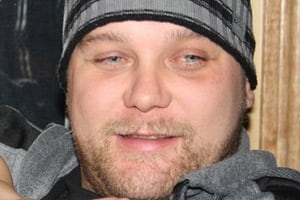 Hamilton Police have laid charges in a 12-year-old hate crime that garnered international attention and scarred the city’s reputation in the wake of 9/11 terrorist attacks.

At a morning press conference in the $2-million Hindu temple that rose from the ashes of a smaller temple destroyed in an early-morning arson on Sept. 15, 2001, Staff Sergeant Matt Kavanagh announced charges of arson to property, possession of incendiary material and mischief under $5,000 against three Hamilton men: Christopher Pollard, 33, Scott Ryan, 33 and Damien Marsh, 34.

“[Because of] the fact that this incident took place 4 days after the tragedy of 9/11, and the two places of worship that were targeted by the accused parties were a mosque and a Hindu temple, the Hamilton Police Service will present this case as a hate crime,” said Staff Sergeant Kavanagh.

The firebombing of the Hindu Samaj Temple was one of the worst examples of post-9/11 ‘revenge’ attacks anywhere in North America and became frequently cited as proof that Canadian attitudes towards diversity had narrowed considerably following the collapse of the World Trade Center towers. CNN and other networks covered the blaze extensively, staining Hamilton with an international reputation for bigotry and intolerance that the city has worked to erase ever since. Despite all the city’s work to undo the physical and emotional damage that occurred that day, the case remained unsolved, leaving city mosques and temples with a lingering unease.

The fire that changed Hamilton actually began as a smaller attack at the nearby Hamilton Mountain Mosque. Late on Friday, September 14, 2001, police allege that the three men smashed a large front window at the mosque.

For reasons unknown, the alleged attackers travelled five kilometres to the Hindu Samaj Temple, then a small building being converted from an old United Church, and used an accelerant to ignite the front doors.

Because of the temple’s remote location on piece of property bordered by farmer’s fields and rural homes, the fire department had to truck in water to the site. By 6 a.m. on Saturday morning, little was left of the building. Temple president Narendar Passi could only stand beyond the flames and weep.

“It was horrible,” he said. “It was in the back of everyone’s minds that something like this could happen, but not here, we were Hindus, we did not commit the crimes in New York City.”

At the mosque, attendance at the Muslim school dropped by 70 per cent in the days after the attack. For several months, security was ever-present at area mosques. New networks portrayed the city as plagued by hate.

“On CNN, we were a redneck town, a backwater town,” said Evelyn Myrie, executive director of the Hamilton Centre for Civic Inclusion, a community organization that sprung up as a result of the temple fire to promote inclusion and speak out against discrimination. “It really put Hamilton in a bad light.”

The city’s will to fight that perception emerged even before the blaze had smouldered out. Hundreds of people attended a rally at city hall that day to show support for the temple. Within days, fundraisers were held to help cover the massive costs of rebuilding and posters bearing the slogan “an attack on one is an attack on all” appeared outside hundreds of area homes and businesses.

Rather than shrink in fear, the congregation at the temple swelled, from around 300 families in 2001 to over 800 today.

But even as the temple and the city moved on, the police investigation stalled several times. Detectives initially identified two suspects, both of whom have since been cleared, with police dropping charges against one man in 2003. Since 2005, at least three officers have continually chased leads in the case. On the 10th anniversary of the fire, police issued a plea for witnesses to come forward and pinned their hopes on profiling of DNA samples collected at the crime scene.

Police are revealing little about the recent break in the case, saying only that earlier this year they received new information from the public that led to the arrests.

“As sad as it is to recount the events of that day,” said Mayor Bob Bratina, “we were wishing that this day hopefully would come so that Hamiltonians as a whole can get the feeling that the matter was pursued.”

Source: The Globe and Mail