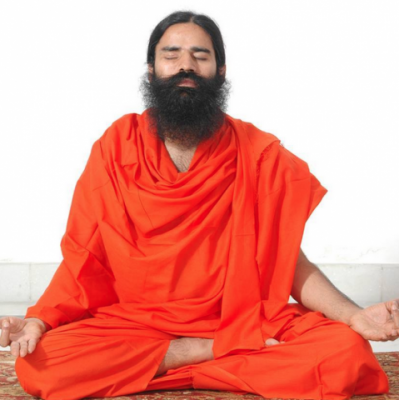 Gurus from India since Swami Vivekananda in 1893 have gained a phenomenal and unexpected influence and prestige not only in the United States but also worldwide that remains extraordinary. Yet they have also invariably been subject to extensive criticism, if not attempts at outright personal defamation.

Such media denigration occurred in the case of Paramahansa Yogananda in the nineteen thirties and later to most of the gurus from India in the late twentieth century, starting with Maharishi Mahesh Yogi. That it persists today not surprising given the prejudices that remain against India in general and Hinduism in particular.

Sadly, the older colonial prejudices that existed against Blacks and Native Americans, which are now being questioned, continue relative to India with little scrutiny. India is still portrayed as a country that is backward, superstitious and violent, in spite of the fact that India is the worlds’ fastest growing economy today and the world’s largest democracy! And the exaggerated dismal condition of India so promoted is blamed upon India’s Yoga gurus like Baba Ramdev today, who the New York Times portrays as a dangerous political figure because of the extent of his influence.

Mahatma Gandhi himself was subject to extensive criticism by the British and at times by the Americans. Gandhi responded to Katherine Mayo’s book Mother India that portrayed India as a land of squalor and oppression, calling it a “drain inspector’s” view of India. Such drain inspectors views can still be found among journalists today, perhaps strangely in what is supposed to be the liberal American media.

The successful Hindu diaspora in the West, now the most affluent and educated religious minority in America along with the Jews, and their beautiful temples like those of the Swaminarayan order, have put a dent in these prejudicial views but not removed them altogether.

While previous gurus were more threats to religious and cultural prejudices in America, Baba Ramdev – the latest major guru from India to come under an organized media assault – has also challenged the power of American businesses and their efforts to control the India market. His Patanjali Ayurveda is now the largest corporation in India covering not just natural medicines and daily health care items like soaps and toothpastes, but extending now to foods and clothing.

You would think that Ramdev’s story would receive accolades in the West, with Ramdev and his colleague Acharya Balakrishna, beginning as two young spiritual seekers promoting Ayurveda door to door in Rishikesh, building a massive health care empire that has brought good quality and affordable natural health care products to the poor person in India, many jobs to its farmers and has supported a number of schools and charities. Had this occurred in the United States it would be lauded as the realization of the American dream.

The Battle for Yoga

Yoga today is also a multibillion-dollar business. Not surprisingly various groups in the West are working to control what Yoga is, often for their personal benefit, though Yoga is originally a spiritual and healing tradition from India. Some groups want to create their own modern forms of Yoga and don’t like to recognize Yoga gurus from India as defining Yoga.

The fight for the Yoga market is another part of the attack on Swami Ramdev. Swami Ramdev has been the main modern Yoga guru to bring Yoga to the poor in India. His Yoga camps, often free of charge, have hundreds of thousands attending even a single camp, with millions taught Yoga over the years, mainly people from the villages of India. Now his influence is extending worldwide.

To gain control of Yoga, some groups today are claiming that Yoga asanas derive from modern western exercise systems and so really don’t belong to India. They ignore the role of asana in traditional Indian Yoga or the fact that Lord Shiva is said to be the originator of 84 lakhs of asanas (a lakh being 100,000).

Yet the same groups, who claim that Yoga asanas are not originally Hindu or even Indian, still want to use the term Yoga for its powerful name recognition in the marketplace. Many of them use the spiritual image of the Yogi to promote their own Yoga approaches that reject India’s Yoga gurus. With Swami Ramdev as the main Yoga guru from India today, he easily becomes a target by those seeking to remove Yoga from its associations with India.

Such groups may not appreciate the government of India’s promotion of International Yoga Day, but see it as an attempt by India to control Yoga, as if Yoga was not a gift of India to the world but something invented in the West.

It is time for the Western media to mature in its coverage of India, India’s culture and its Yoga gurus and spiritual masters. Until then we must challenge such media prejudices that, while perhaps understandable in the colonial era, have no place in the twenty first century when not only Yoga asanas but yogic pranayama, mantra and meditation, along with related teachings of Ayurveda and Vedanta are being followed and honored by millions throughout the world. Dr. David Frawley is a western teacher of Yoga and Ayurveda and the author of several books on these subjects. He has a Padma Bhushan award from the govt. of India for his work promoting Vedic education.