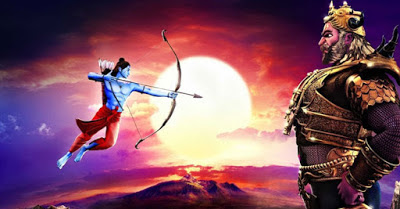 Some time ago, I came across a very disturbing and factually inaccurate anti-Diwali article posted by the Guardian. While the article was mostly about Donald Trump, you don’t need to be partisan in order to be upset with the article’s side story, that Diwali is a “racist” “upper-caste” holiday that celebrates the genocide of dark South Indians by lighter skinned North Indians. That’s right, the Guardian interviewed a Leftists social activist group who was protesting Trump, and here is how the participants framed their complaint:

Soundararajan said the event’s celebration of Diwali suggested that attendees were mostly upper caste, thus excluding South Asian communities who have been marginalized by the caste system, which places people into a hierarchy based on birth and has been used to oppress lower caste and Dalit communities in India and the diaspora.“Diwali and Dussehra are both upper-caste holidays that celebrate the death of tribals and the ascent of Aryan culture over Dravidian culture,” said Soundararajan, a Dalit American artist and activist. “In many ways Dalit communities do not celebrate this event – it’s literally about the killing of our people.”

So here we have a very serious accusation against our religion, that we Hindus gather yearly to partake in a racist symbolic blood ritual.  If left unchecked, such interviews and salacious reporting would rightfully bring indignation upon the Hindu community, but thankfully this is the era of the internet and public discourse, and so we have the opportunity to explain the true meaning behind this holiday, and it is anything but racist.
As we all know, Diwali is also known as the “festival of lights”, a time when we celebrate the triumph of light over dark or good over evil.  It is traditional for Hindus to commemorate legends and heroes from our holy books who defeated darkness and restored goodness in the world.  One such hero is Rama, a North Indian prince who was banished from his kingdom by his jealous stepmother and who had to travel to South India to defeat an evil king who had kidnapped his wife-to-be Sita.
Now, here is a twist to the above accusation that this is some tale of racist genocide, the writer of this story, Valmiki, was himself a South Indian and of the lowest possible status (a former thief!) What Leftists such as those interviewed by the Guardian fail to tell you when slandering our religion in such ways is that Hinduism transcends race, thus, yes, a South Indian praised the victory of a North Indian over his own kin because he saw beyond race and chose good over evil; he didn’t vote his skin color.
Another interesting aspect to the story which the Leftists fail to mention is that Ram himself befriended many different races in his quest and built a multi-racial army, hardly the ingredients for the making of an Indian Hitler. If anything, the story of Ram is a story of anti-racism, a South Indian poet praises the arrival of a foreigner who arrives with a mult-racial army; Hindus 1, Leftists 0.

However, like everything in Hinduism, there is more than one side to the Diwali story.  Diwali celebrates the return of Rama to his kingdom after he defeated the evil king Ravana.  As Rama returned with his princess Sita, it was the occasion of Lakshmi Puja, a time when Hindu light lamps in their homes to invite in Lakshmi, the goddess of wealth, who then pushes out the darkness and dirt of the previous year.  As time passed, Lakshmi Puja and the Return of Rama became synonymous and synthesized into the modern holiday of Diwali. 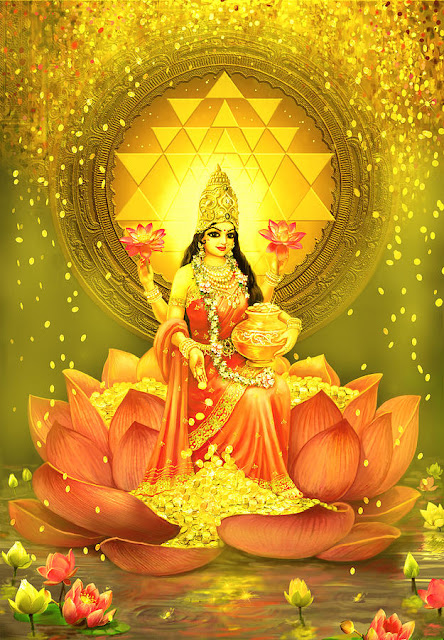 For those who seek to constantly trash Hinduism as some sort of megalithic racist, casteist, sexist religion, perhaps they should take a moment to read the Lakshmi Purana, a neo-Holy Book written to the goddess of Diwali herself. The Lakshmi Purana was written in the 15th century  by the Oriya poet Balaram Das.  The Lakshmi Purana is short and sweet, but has an important message for our modern age.  In the tale, the goddess Lakshmi experiences discrimination because she dares to bestow blessings upon and associate with members of low castes.  She is also admonished for being too liberated and not following conventional gender norms.  Lakshmi teaches her detractors a lesson about discrimination and sexism by throwing them into poverty and lowering their own caste status.  The story demonstrates how the evils of caste and sexism are not endemic to Hinduism, rather they are an aberration which need to be corrected.
I’d like to wish everyone a happy Diwali, and I please ask that we all keep our eyes open to the darkness that constantly seeks to eclipse the truth of Hinduism and for us all to act like Rama and Lakshmi in preserving not only Hinduism, but also rightful and exampled social justice.