Amidst the globalization of diverse philosophies, Hindus are trying to establish a unique place for themselves. This requires a unique terminology that explains Hinduism, not in a Western framework but on its own terms. Some of our leaders are attempting such a representation of Hinduism, but the ground beneath them is shaky. Their efforts invite ridicule, as they have chosen a terminology which discounts or entirely disregards major streams of Hindu thought. Thus, individual streams of Hinduism are ignoring or just talking at each other. For unity to succeed, leaders must use a terminology that is inclusive and respectful of the diverse branches that make up the tree of Hinduism. 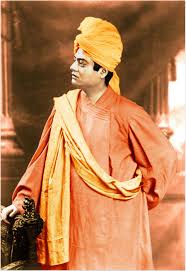 In current definitions of Hinduism, the dominant terminology is that of Advaita, as defined byShankara’s Mayavada: “brahma satyam, jagat mithya, jivo brahmaiva na parah” (loosely translated as “God alone is real, the world is illusory, the individual is none other than God”).

This has become part of the de facto popular definition of the Hindu worldview. Wikipedia says, “It is the Smarta view that dominates the view of Hinduism in the West as Smarta belief includes Advaita belief and the first Hindu saint who significantly brought Hinduism to the West was Swami Vivekananda, an adherent of Advaita.”

Swami Vivekananda was one of the earliest to try to project Hinduism as a unified and consistent philosophy. At the Ethical Society, Brooklyn, New York, 1894, he said, “We believe in a God, the Father of the universe, infinite and omnipotent. But if our soul at last becomes perfect, it also must become infinite. But there is no room for two infinite unconditional beings, and hence we believe in a Personal God, and we ourselves are He.”

Swami Vivekananda was selling Advaita not as Advaita but as Hinduism. He mostly ignores the other diverse Hindu streams, such as the Vaishnavite, Saivite and Shakta sampradayas.

In truth, many Hindu traditions are vehemently opposed to Shankara’s concepts of Mayavadaand identity of the individual with Brahman. Each stream of Hinduism has its own unique, rich traditions (some much older than Shankara) and a right to stand on its own. Advocate Shankara’s Advaita all you want, but do not reduce the term “Hinduism” to mean just his form of Advaita. Shankara’s Advaita alone does not hold the copyright over the term Hinduism. However, in influential circles, it is the Advaitins who hold most positions of power. Consider the recent “Hindu Good News” initiative, which claims to speak on behalf of all Hindus. “And we, every one of us, are endowed with the same potential as Jesus, to uncover this divinity within ourselves in the here and now—without the need for someone else’s past sacrifice.”

This again endorses the “jivo brahmaiva na parah” view of Advaita in a subtle and indirect way. The words “same potential” here is not agreeable to other Hindu traditions. It ignores the Vedic hierarchy of beings, the distinction between and among devatas, rishis and manavas, etc. The intent which got lost in translation is that the nature of one’s Atman is the same as everyone else’s, i.e., Sat, Chit and Ananda. But while Hindus agree on the nature of Self, traditions differ on whether or not every individual has the same potential for moksha.

When the non-Advaita traditions enter into a conversation about Hinduism, they are forced to do one of the following: i) ignore their own beliefs, i.e., multiplicity of Atman or the reality of the material world; ii) engage in incoherent conversations where the speaker and audience have a different understanding of the terminology used; iii) declare that they do not belong to Hinduism! Their attempt to communicate their beliefs is doomed to failure. They are marginalized and forgotten in the mainstream debate comparing Hinduism with other religions.

Individually, many of the Hindu traditions lack the means and expertise to stand up on their own against the might of the West. Hence, there is a need for a collective front to engage with the West. However, we do not have to whitewash our differences to put up a unified face in front of other religions. So, it is important to develop a terminology that respects and represents the diverse philosophical streams that make up Hinduism.

To develop such a terminology, scholar and writer Rajiv Malhotra suggests that we avoid terms that have differences within a homogeneous group (in this case, Hinduism) and select terms that point to differences between heterogeneous groups (i.e., Western religions). Based on such criteria, the terminology for Hinduism might better include/exclude the following.

Not Maya but Ajnana: Avoid using terms like maya but talk about ajnana (ignorance) being the condition of Atman/Jiva in this world. This concept is mostly interpreted the same by all Hindus and also differs from the Abrahamic concept of humans as sinners.

Not Unity but Sat-Chit-Ananda: Avoid phrases like “Unity of Brahman with Atman” to explain Moksha, a concept with varying interpretations. Instead, talk about the nature of a liberated Atman as Sat, Chit and Ananda, something we all agree on.

Not Advaita but Antaryamin: Avoid using concepts like “Single/Multiple Atman” (a contentious subject among Hindus). Instead, speak of the Antaryamin nature of God, as the omnipresent Divine Indweller of every being, to contrast our faith with Abrahamic religions where God is in Heaven and not within the Soul, i.e., not omnipresent.

Not Mithya but Yuga Chakra: Avoid phrases like “The world is mithya/illusion,” which is specific to Shankara’s philosophy. Talk instead about our common, accepted view of the cyclic nature of the world, creation, maintenance, destruction, in contrast to the Abrahamic concept of linear time with emphasis on just the creation aspect.

Such a change in approach can serve two purposes: It can unite Hindus and at the same time provide a platform to critique the West. Developing an inclusive language for Hinduism is a must, before entering into a dialogue with the West. The language of Hinduism must reflect the ethos on which it is built, i.e., unity in diversity.