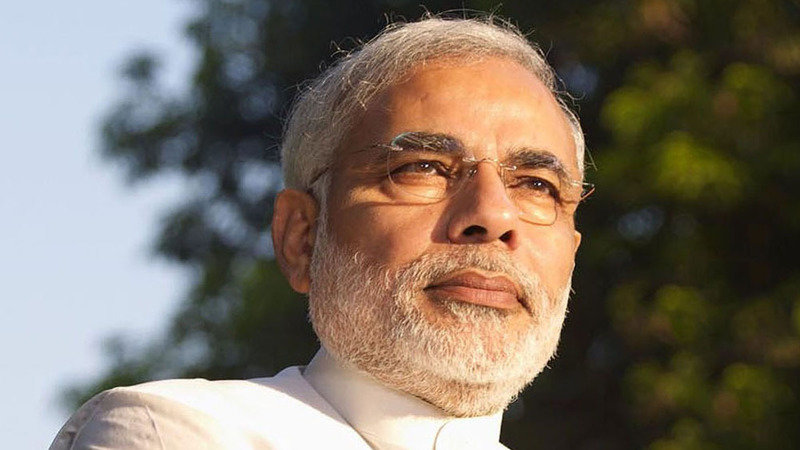 Note: This is a counter petition against the anti-Modi statement given by some faculty of South Asian studies recently. When you sign it, please indicate in the optional comment box which university or universities you are an alum of or you presently work in.

We, the undersigned, are professors, researchers, scientists, scholars, students, and professionals with undergraduate, graduate or doctoral degrees from universities across North America. We are members, partners, or products of a world-class higher education system and many of us are successful leaders of today’s global knowledge economy. We are well aware of the principles of scholarly research, scientific method, and objectivity, and we are also aware of the need to respect a wide range of opinions in academia, especially in fields like the humanities and liberal arts.

However, there are occasions when academic opinion strays so far from the scope of sane discourse, and worse, creates the risk of devastating human consequences in political and economic terms, that any one who has seen the insides of a university classroom and respects its worth, must step up and speak up to protect its integrity. The recent statement against Indian Prime Minister Narendra Modi’s visit to Silicon Valley by some faculty members who claim expertise on South Asia, is such an occasion. This statement lacks the slightest respect for facts and for academic integrity, and presumes to claim unilateral expertise over India by brandishing credentials in lieu of persuasive arguments.

We reject its claims for the following reasons, and we call strongly for introspection and change in the ossified and fantastic little mental world of South Asia studies as it exists today.

1) The allegation that Narendra Modi ought to be viewed with suspicion, if not disdain, by business leaders in Silicon Valley because of surveillance implications in the Digital India initiative seems a desperate ploy rather than any genuine concern for India. They offer no evidence for their claim, and neglect to mention that the Indian government has been pursuing several digital initiatives long before Narendra Modi assumed office, a fact that never bothered them when the UPA government, with which several U.S. based South Asian academics have had close ties of patronage and privilege, was in power.

2) Their attempt to invoke an admitted mistake on the part of the U.S government in denying Modi a visa as a “powerful signal” is a stark case of false reasoning (would the incident of a false complaint being made in a police station still be mentioned as evidence of complicity when due process had found there was no cause for even an arrest, let alone a trial and conviction?) and a deplorable attempt to exhume ugly lies about Modi’s attitude towards Muslims. Modi was cleared by several investigating agencies of any complicity in the riots that broke out in Gujarat in 2002 following the burning of a train carrying Hindu pilgrims by a Muslim mob. He ran an inclusive campaign for Prime Minister and was vindicated by one of the largest mandates received by an elected official on the face of the earth. He has shown no sign at all that he disfavors someone because they happen to call God by a different name than he does. His recent visit to U.A.E. where he was received warmly by senior members of the government (who happen to be devout and proud Muslims) should be a reminder to academicians who somehow think they are protecting Islam better than Muslims themselves, many of whom have voted for Modi enthusiastically. The powerful endorsement Modi has received from two of the major institutions that govern civilized modern societies, law and democracy, should be proof enough of the inappropriateness of the allegations that have been relentlessly leveled against him by a section of academia and the press–and unless the South Asia studies faculty who have perpetuated these charges so recklessly have new evidence that they can present before courts in India and before the Indian people, they must recognize that they are running a campaign not for justice but for destroying justice and democracy.

3) Their allegations that somehow academic freedom is under threat in India because of administrative changes at a couple of institutions are completely belied by the reality of what Indian citizens see in their news media every day. TV anchors, writers, journalists, columnists, and bloggers not only criticize Modi and his government, but often go so far as to promote baseless and sensational charges only to retract them quietly later. There is growing evidence of a systematic process of defamation against India and Narendra Modi in the international press and in a large part of the elite English-language Indian media. No government that seeks to restrict freedom of speech would permit the amount of calumny that passes off as news in India.

4) On the contrary, for all their talk about assaults on academic freedom, the signatories of the anti-Modi letter have never admitted that the subject of the greatest censorship and distortion in South Asian academics in recent years has been Narendra Modi. Just a few years ago, Modi was effectively prevented from addressing by videoconference students and faculty at UPenn because of a campaign of calumny similar to the present one. It is an unspoken about reality that the academic pseudo-consensus on South Asia, with its demonization campaign of Modi at the center, sustains itself entirely on a system of exclusion, censure and silencing. The only effective (if invisible) restrictions on free speech and academic freedom that exist today are the ones that silence those scholars, writers and concerned citizens who have dared to question the South Asianist academy’s institutionalized Hinduphobia and disdain for facts. Invited submissions to books on secularism are suddenly rejected for questioning this academic pseudo-consensus, peer reviews are deployed strategically to deny publication, scholars of integrity and depth are misrepresented egregiously in articles seeking to demonize them as fundamentalists, letters of response are declined the courtesy of publication, exaggerated charges of plagiarism are made against independent scholars, and worse. It is a sorry state of affairs indeed that an area of scholarship which purports to represent the lives, struggles and aspirations of over one billion people in academia has descended into such a murky and incestuous miasma of meaningless, dishonest and self-righteous posturing.

We therefore reject the faculty statement against Modi in its entirety. We do so not necessarily in the name of any one person or political party, but in the name of the high standards of academic excellence we have worked towards building, in and outside of academia. We call on the authors of this petition to introspect, change, and for once seek to earn the trust and respect of the community in whose name they have been making a living all these years.

LETTER TO
Members and Alumnae of American Universities
Oppose Prejudice and Fear-mongering in the “Faculty Statement on Narendra Modi’s Visit”
Source: change.org