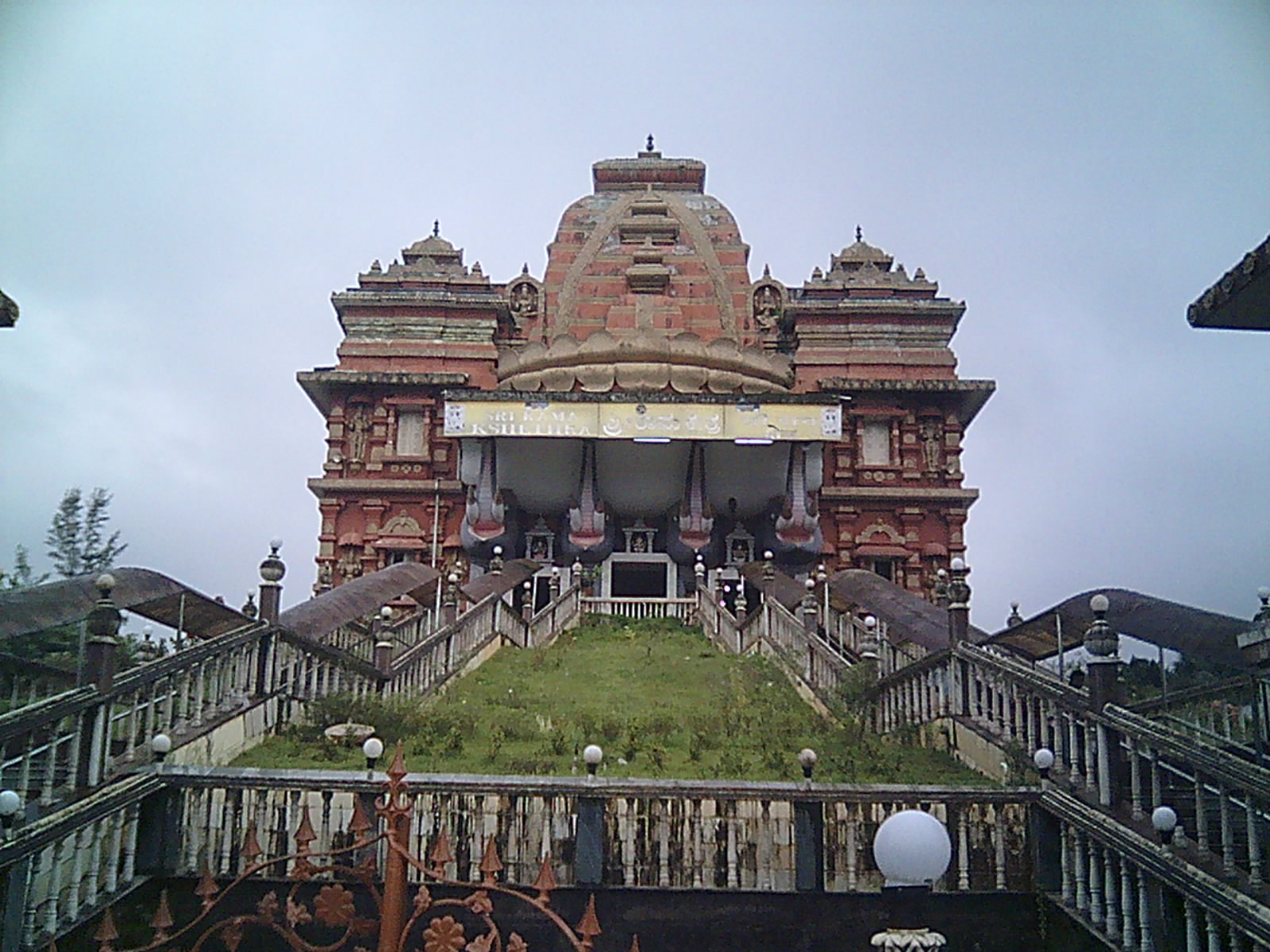 Dharmasthala Temple (Sanskrit: श्री क्षेत्र धर्मस्थल) is an 800-year-old[1] religious institution in the Temple town of Dharmasthala in the Dakshina Kannada district of Karnataka, India. The deities of the temple are Shiva who is referred to as Manjunatha, Ammanavaru, Chandranath and the DharmaDaivas (guardian spirits of Dharma) namely Kalarahu, Kalarkayi, Kumaraswamy and Kanyakumari. The temple is considered unique[2] since it belongs to the Shaivite sect of Hinduism. The priests are Shivalli Brahmins who belong to the Vaishnava sect of Hinduism and the administration is run by a Jain Bunt family called the Pergades.

800 years ago, Dharmasthala was known as Kuduma in Mallarmadi, then a village in Belthangady. Here lived the Jain Bunt chieftain Birmanna Pergade and his wife Ammu Ballalthi in a house called Nelliadi Beedu. According to the legend, the guardian angels of Dharma assumed human forms and arrived at Pergade’s abode in search of a place where Dharma was being practised and could be continued and propagated. As was their habit, the couple hosted these illustrious visitors with all their wherewithal and great respect. Pleased by their sincerity and generosity, that night the Dharma Daivas appeared in the dreams of Pergade. They explained the purpose of their visit to him and instructed him to vacate his house for the worship of the Daivas and dedicate his life to the propagation of Dharma. Asking no questions, the Pergade built himself another house and began worshiping the Daivas at Nelliadi Beedu.

This worship of daivas continues. The Dharma Daivas again appeared before Pergade to build separate shrines to consecrate the four Daivas — Kalarahu, Kalarkayi, Kumaraswamy and Kanyakumari. Also, Pergade was instructed to choose two persons of noble birth to act as the Daivas’ oracles and four worthy persons to assist Pergade in his duties as the executive head of the shrines. In return, the Daivas promised Pergade protection for his family, abundance of charity and renowned for the ‘Kshetra’. Pergade, as desired, built the shrines and invited Brahmin priests to perform the rituals. These priests requested Pergade to install a Shivalinga beside the native Daivas. The Daivas then sent their vassal Annappa Swamy to procure thelingam of Shiva from Kadri Sri Manjunatha Temple, near Mangalore. Subsequently, the Manjunatha temple was built around the linga.