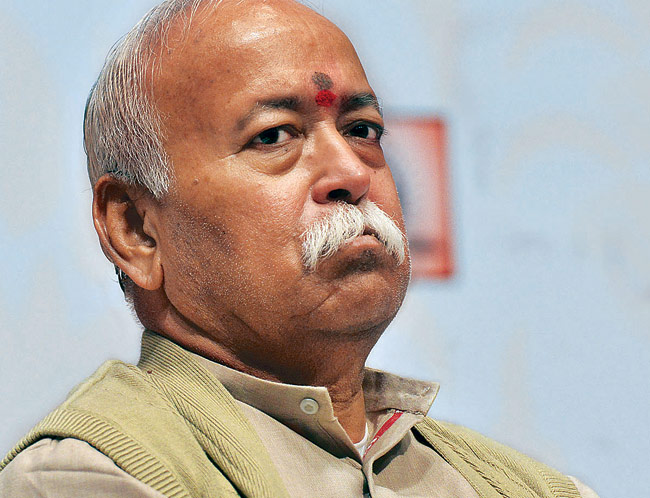 If inhabitants of England are English, Germany are Germans and USA are Americans then why all inhabitants of Hindustan are not known as Hindus, came a poser from RSS chief Mohan Bhagwat on Monday.

“The cultural identity of all Indians is Hindutva and the present inhabitants of the country are descendants of this great culture,” Bhagwat said while speaking at the ‘Golden Jubilee’ function of an Odia weekly in Cuttack.

The RSS chief further went on to say that Hindutva is a way of life and Hindus could be of any religion worshipping any God or not worshipping at all.

Referring to Vivekananda, Bhagwat said not worshipping any God is not necessarily an atheist rather the one who doesn’t have faith in self is sure an atheist.

He said the world has now realised that Hindutva has been the only basis to keep India united since ancient days despite having plenty of diversities.

He, however, expressed concern saying that some in India are not realising it and whenever a discussion on it takes place, the protagonist are wrongly branded as communal.

Speaking on the current world scenario, the RSS leader said there is darkness everywhere and the world at large is looking at India for solace because India still marches on the path of righteousness.

“As long as dharma exists in India, the world will continue to respect this country. But once dharma is gone, no force on earth can stop the country from crumbling,” the RSS leader warned.