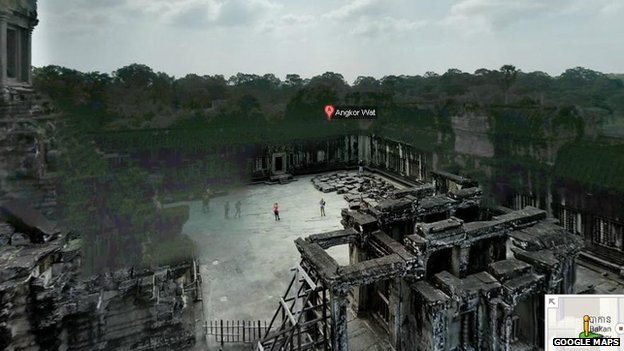 More than a hundred historic sites in the area have also been made available with more than 90,000 panoramic images, Google says in a blog post.

The images show “how technology can change the way cultural treasures are preserved for generations to come”, the search giant says. A Google Map view of Angkor Wat shows a dense network of paths accessible by Street View.

Two million tourists visit the Angkor complex every year, the Bangkok Post says. A decade-long project to restore one of the temples was completed in 2011.

The Angkor region was part of the powerful Khmer Empire, which once included parts of present-day Thailand, Laos and Vietnam. The temple complex was built between the ninth and 13th centuries by Khmer kings and is a UN heritage site. 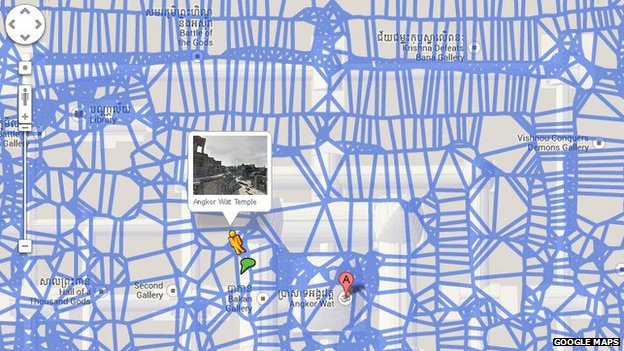 The images of Angkor Wat show a vast network of paths