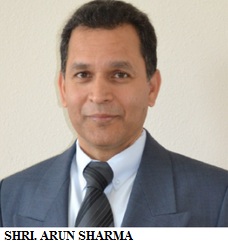 Born and brought up in a small village in Bihar 25 miles south of Patna. He completed his bachelor in Civil Engineering from BIT Sindri and Master of Engineering from IIT Roorkee. He has been living in Houston since 1997 along with his wife and two children. He has been associated with Hindu Swayamsevak Sangh (HSS) since 1999 and served the organization with different responsibilities.His current role in HSS is Houston chapter Executive Director (karyawah) and South West Region Executive Director (sahkaryawah) Being in HSS he has been organizing Hindu organizations in Greater Houston area since 2006. He has been pioneer in supporting Bhutanese Hindu refugees in Houston along with HSS and Sewa International volunteers.