Although the idea of writing this book was germinated when Dr Badlani was still in India, the main writing took place after arriving in US. Apart from doing meticulous research going through more than 100 books on the subject, many article and vast literature on Internet, he personally met scores of Hindu Swamis, authors and learned scholars in the process of writing the book. Dr Badlani has dedicated the last decade, what he calls the “second inning” of his life to the study of Hinduism and its teachings.  The book emphasizes repeatedly on the “spiritual teachings”. He maintains, “Without propagating and imparting the spiritual teachings, what other role any religion has to play?” The book also stresses on the essential unity and homogeneity of all the religions.
In about 400 pages, divided in 65 small chapters, written in simple, easy to understand language, the book describes all aspects of Hindu religion, culture and philosophy. The information is presented in a non-dogmatic manner.​
​ 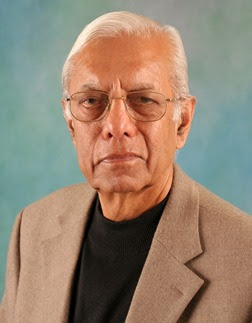 Dr Hiro Badlani was born on March 26, 1934 at Dadu, Sind (now in Pakistan).  In 1947, after the partition of India, he migrated to India. He studied and later practiced as ophthalmologist for over 40 years in Mumbai (Bombay). He moved to USA in 1998 to join his two children Dr Alka Doshi, Dentist and son Anil Badlani, Pharmacist. He now lives in Los Angeles and can be contacted at hgbadlani@aol.com.

Dr Badlani continues to devote his time seriously to the further study on Hinduism and actively participates on “You Tube” and “Face Book”.
Source: HinduismPath.com