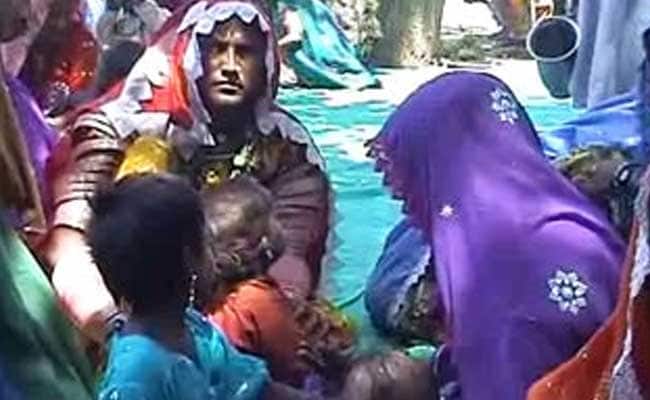 The move to grant citizenship rights to minority Hindus is in consonance with the BJP’s declared aim of positioning India as a refuge for Hindus fleeing persecution anywhere in the world, much like Israel’s stance towards Jews. (File photo)
NEW DELHI:  Keeping its promise to provide relief to minorities from neighbouring countries, the NDA government is holding special camps for granting them Long Term Visa (LTV) or citizenship.

The special camps are being held in seven states – Maharashtra, Gujarat, Madhya Pradesh, Rajasthan, Uttar Pradesh, Chhattisgarh and Delhi- for the benefits of Hindu and Sikh refugees from Pakistan and Afghanistan.

The first two camps were held in Thane and Mumbai today and similar camps will be held in other places till July 27, a Home Ministry official said.

The move to grant citizenship rights to minority Hindus is in consonance with the BJP’s declared aim of positioning India as a refuge for Hindus fleeing persecution anywhere in the world, much like Israel’s stance towards Jews.

In its election manifesto before the 2014 Lok Sabha elections, the BJP had declared India as “a natural home for persecuted Hindus” who “shall be welcome to seek refuge”. The special camps will examine the applications for LTV and citizenship.

There are an estimated two lakh refugees, belonging to minorities communities, from Pakistan, Afghanistan and Bangladesh living in India.

The Home Ministry has extended several facilities to these minority communities like submitting the application for registration as citizen of India in the offline mode in case they are not able to file these applications online.

Also permission to submit an affidavit for the Renunciation Certificate for citizenship and grant of initial LTV for a period of five years at a time, instead of one year.

Children of such Pakistani nationals on LTV are allowed to take admission in schools/ colleges/ universities/ technical and professional institutions under foreigner quota without permission from the state government/UT administration.

State governments/ UT administration are empowered to grant permission to such Pakistani nationals to engage themselves in employment of purely private nature.

State governments/UT administration delegated powers for services like grant of visit to additional places, grant of No Objection to Return to India (NORI) and grant of permission to change in mode of travel and port of exit.