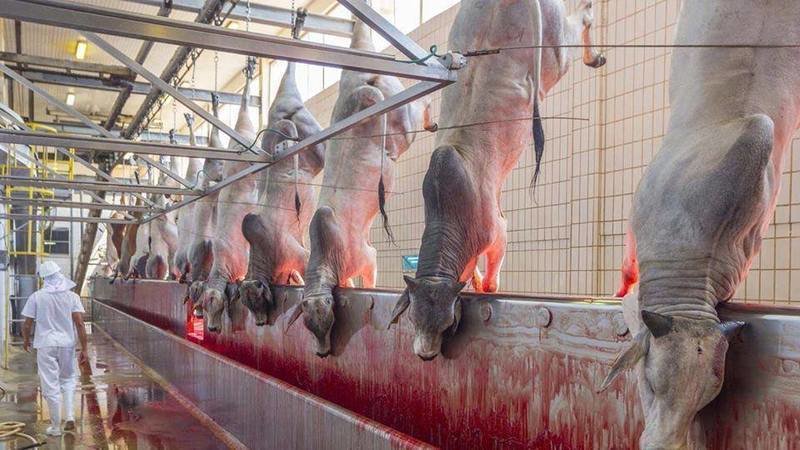 We have the honor  to bring  the following to the kind notice of Hon’ble President of India and Hon’ble Prime Minister of India to seek their intervention  to stop the unabated cow slaughter being under taken at Al-Kabeer slaughter house, Rudrampur(v), Medak district.

It may not be out of place here to recall the cow slaughter is prohibited in many states in India.

Despite the Law the said abattoir continues to slaughter cows. Since the cow slaughter is illegal the abattoir is not complying with usual slaughter house rules like careful examination of the animals to be slaughtered by a qualified veterinarian. In absence of such procedure it can lead to epidemic diseases.

The activities of the said slaughter house were noticed to be offensive to the sensibilities of the people who worship the Cow and were completely in violations of with Laws pertaining to prevention of cruelty to animals and environmental Laws.

Since the said abattoir involves slaughtering of prohibited cattle, the Government has a constitutional obligation under the second part of Art 48 of constitution to prevent such slaughter.

Al-Kabeer slaughter house has no fundamental freedom to conduct trade which violates fundamental duty promulgated in Article 51A(g) of the Constitution.

The said slaughter house found to be operating in violation of animal preservation Laws and prevention of cruelty to animals act 1960.

There is a statutory legal obligation on the authorities to ensure that there was no slaughtering of cows and action to be taken against such act.

We therefore seek kind intervention of the Hon’ble  President and Hon’ble Prime Minister of India  to direct the state government to initiate necessary steps to prevent the cow slaughter in the said slaughter house.