WHN
On 15th November, 2013 posters with baseless allegations against RSS-BJP were found pasted in many places of Chennai by Tamilnadu Thowheeth Jamath (TNTJ) volunteers. Complaints were lodged at various police stations and with the Commissioner of Police. Following this, Yasin Ahmed, residing in Thiruvanmiyur, Chennai has been arrested yesterday under section 295A of IPC vide crime No.1648. The police are investigating.
The official website of TNTJ, carries an instigation to its members to paste the posters all over Tamilnadu. The entry posted on 11th November, 2013 is reproduced hereunder. 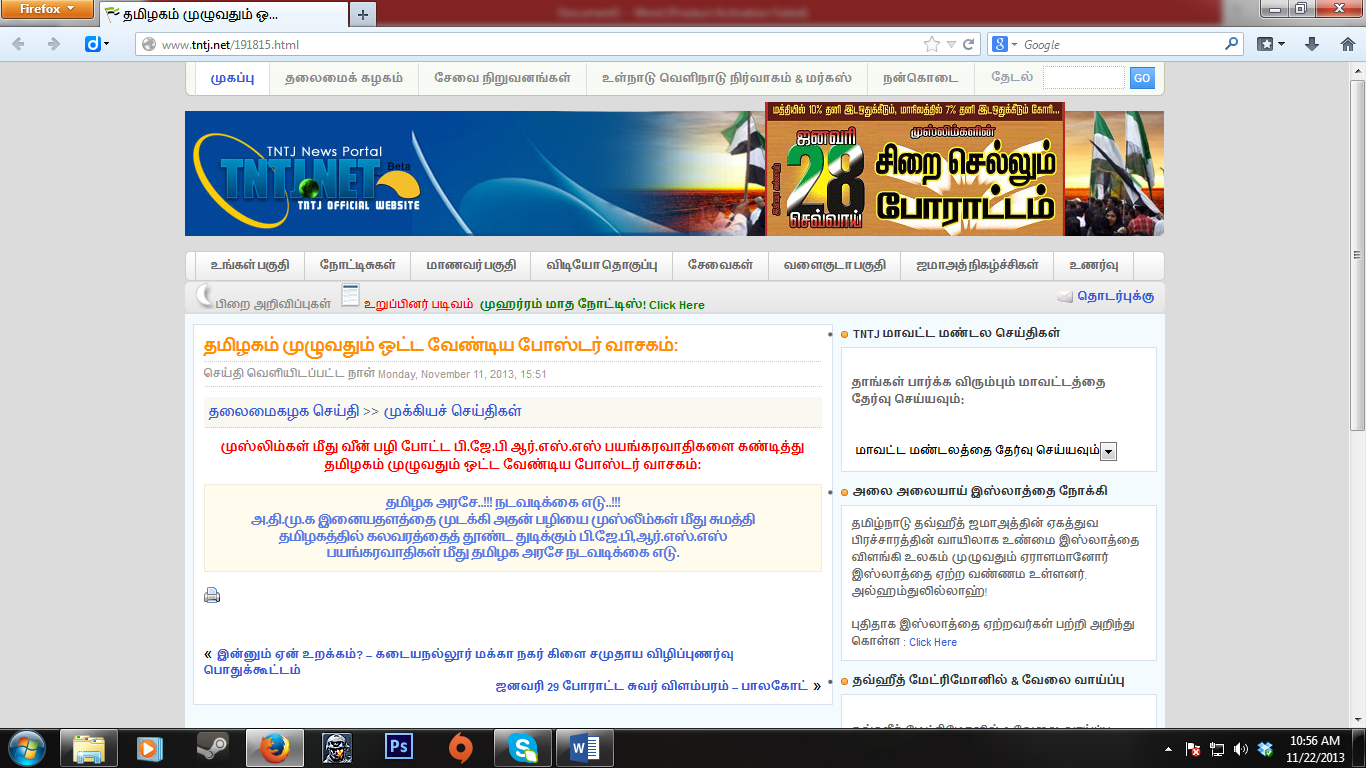