A letter threatening to kill Hindu leaders written in Tamil was received by the Office bearers at Hindu Munnani Head quarters. The letter mentions the first or last letter of the names of Hindu leaders from various districts of the State (Chennai, Thanjavur, Coimbatore, Trichy, Virudhunagar, Tirupur, Tirunelveli and Sivagangai).  The letter had been posted from Palakkad, Kerala State. On receiving the letter, Hindu Munnani City Secretary Sri Elangovan along with other office bearers lodged a complaint with the police.  Security has been beefed up at the Hindu Munnani Karyalaya.  It may be recalled that a similar letter was earlier received before the murder of Sri Suresh, Tiruvallur District President of Hindu Munnani. 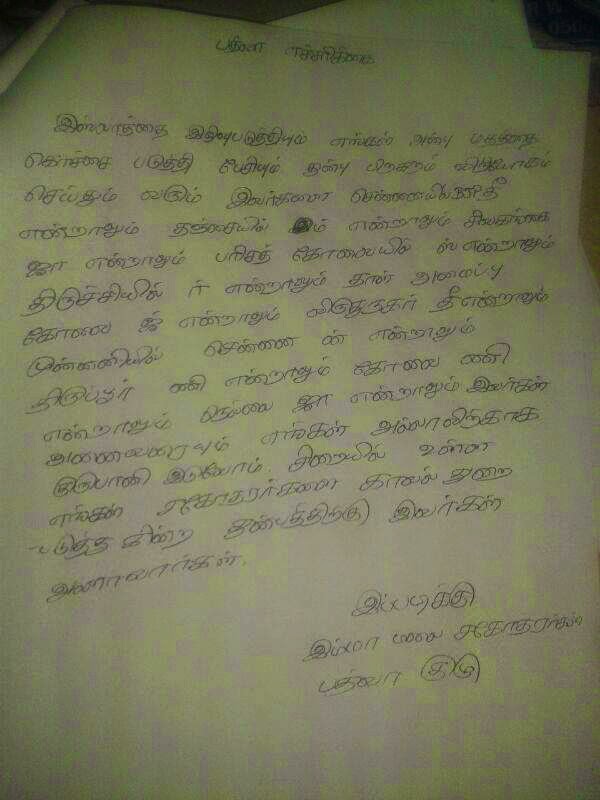 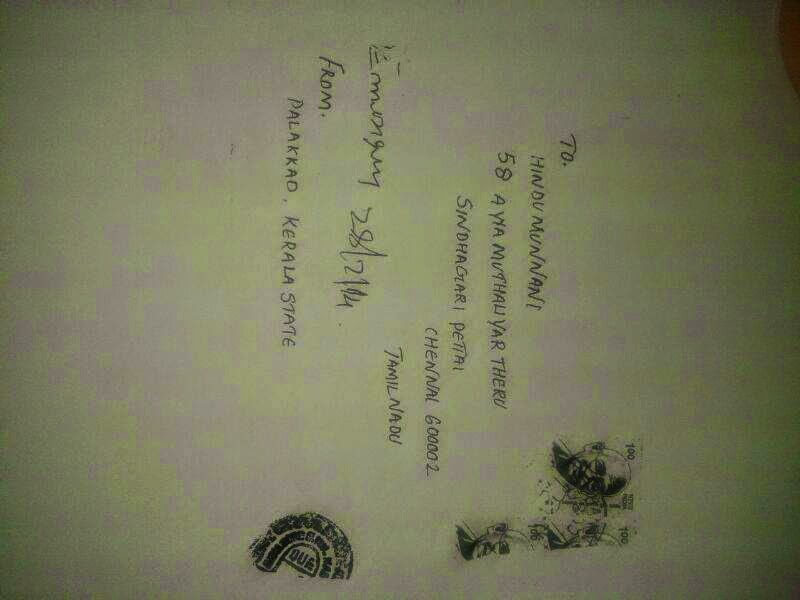 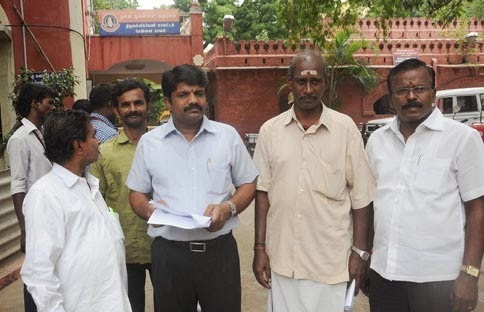