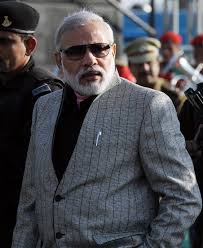 Hindu Mahasabha of America (HMSA) was jubilant to learn of the great victory of Narendra Modi led BJP (Bharatiya Janata Party) in the recent federal elections in India.  Inspired by the charismatic personality of Mr. Modi, the people of India came out to vote in great numbers to caste vote for a man they think can deliver India from the sinkhole of corruption, unbridled looting of national wealth by the powerful politicians, economic mismanagement, governmental inertia and crime. (One out of three members of parliament elected recently has criminal background.)

It is a great news that the Congress Party that has practiced dynastic rule has been reduced to a mere 44 seats in the Lok Sabha of 543 seats while the BJP led by Mr. Modi has won 282 seats. This great number of seats will enable the BJP to form a government without the help from other parties, which will enable it take bold actions without worrying about displeasing its alliance partners.

We are also jubilant that the AAP party led by Kejriwal has met with ignominious defeat. People finally recognized Kejriwal for who he is – a quitter who was voted into office as Chief Minister of Delhi to fight corruption but who chickened out and quit when the going became tough.

Mr. Modi’s visit to Varanasi right after his election where he performed Hindu prayers is symbolic of his religious fervor. We hope and pray that his religious fervor translates into government policies that will protect and nurture Hinduism in India which is under assault by atheists, secularists and anti-Hindu Bollywood cultural scumbags. The Congress party and other parties like RJD led by Laloo Yadav always used the minorities as vote bank and practiced minority appeasement. We are glad that such parties have met with utter defeat.

We are hopeful that under the leadership of Mr. Modi, just as in Gujarat, India will witness great economic progress which will create jobs for millions who enter the labor force each year. When India becomes prosperous and when its people are imbued with nationalist fervor, our enemies will shudder at the very thought of a resurgent India.  Let India and the Indians meet with victory at every opportunity !!! Let India led by Narendra Maodi be victorious !!!