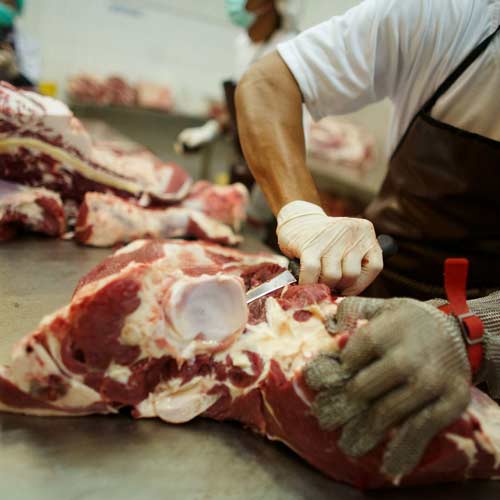 A Hindu outfit on Wednesday submitted a memorandum to the district administration, demanding ban on surreptitious packaging and export of Beef at various meat packaging units in the district.

The outfit said if packaging and export of beef is not checked, the outfit will continue staging protests. On Tuesday, the members of Hindu Raksha Dal had staged a protest outside meat packaging and exporting factory in the site-4 industrial area of Sahibabad alleging that the company is packing beef surreptitiously.

Activists of Hindu Raksha Dal had vandalised the AAP headquarters in Kaushambi here on January 1 this year, protesting against the controversial remarks of its senior leader Prashant Bhushan on the presence of security forces in Jammu and Kashmir.