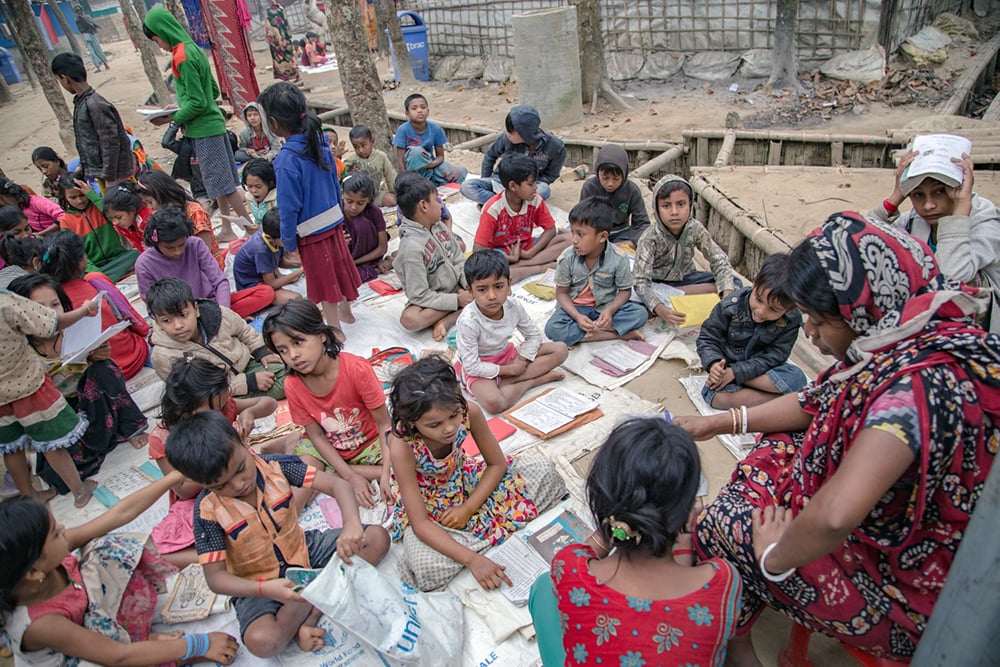 KUTUPALONG, BANGLADESH, May 8, 2019 (Religion News): As talks restart this month about repatriating Rohingya refugees from Bangladesh back to Myanmar, neither country’s government has an answer for the fate of Hindu Rohingyas still stuck in Bangladesh. More than a million Rohingya have fled Myanmar to settle in at least 27 camps in neighboring Bangladesh. The refugees are commonly recognized as a Muslim minority group that has been persecuted for its members’ faith by authorities in Buddhist-majority Myanmar. But outside the largest camp, Kutupalong, approximately 500 Hindu refugees live in a heavily policed settlement that looks more like a village than the crammed camps the Muslim refugees live in. The crisis has largely focused on the Muslim refugees, but these Hindus have their own set of problems.

The Hindu families began arriving in Bangladesh along with the Muslim Rohingya in late August 2017, after the Arakan Rohingya Salvation Army, a militant Rohingya Muslim group, attacked 30 Myanmar military outposts, kickstarting the exodus of some 700,000 Rohingya. The Hindu refugees claimed ARSA attacked Hindu homes in addition to Myanmar military outposts the day the fighting began. Invested in keeping the country a Buddhist-majority land, the Myanmar government had already stripped Rohingyas’ citizenship rights in 1982, claiming they were illegal immigrants from neighboring Bangladesh. When asked why they don’t just cross the border and go back home, given that the Myanmar government has promised to keep them safe, Rohingya refugee Mintu Rudro and other Hindu refugees say they are too afraid to be mistaken for Muslims and shot at the border. “We just want the Bangladesh government to send us back properly. They took care of us all this time and they should be the ones to send us back.”