Hinduism is missing from listings 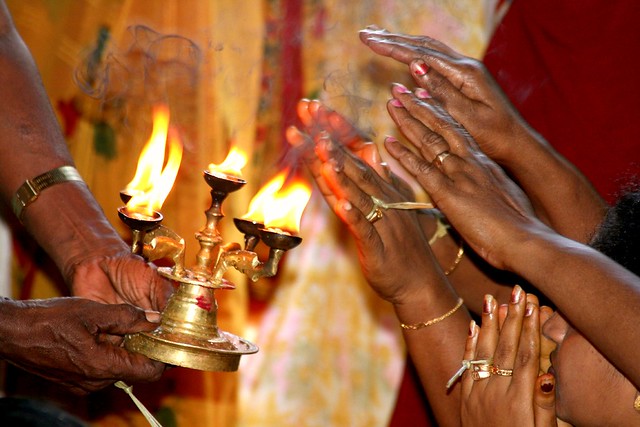 Occasionally, I have discovered that Hinduism does not find mention in listings of religions in western publications. Though Buddhism made its presence felt in the lists, Hinduism – believed by some to be the founding religion of Buddhism – was ignored. What could be the reason? 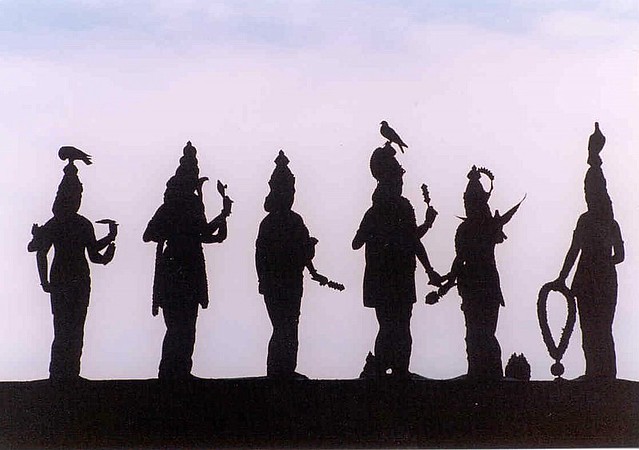 About one billion peopel across the world are Hindus. Hinduism is alive and vibrant. There is hardly another sect of people who are as ’religious’ or have so much faith in the Divine. Yet, what they revere and hold dear is often considered only “a way of life”.

Why Hinduism is ‘not’ a religion 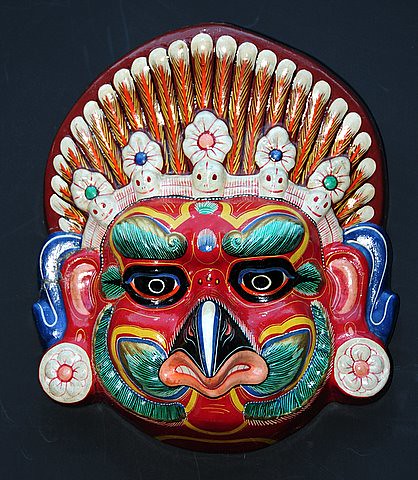 Some argue that “dharma” – as Hindus refer to their religion – cannot be translated as a religion because dharma, according to Buddhism, is a code for living life.

Why Hinduism is being ignored 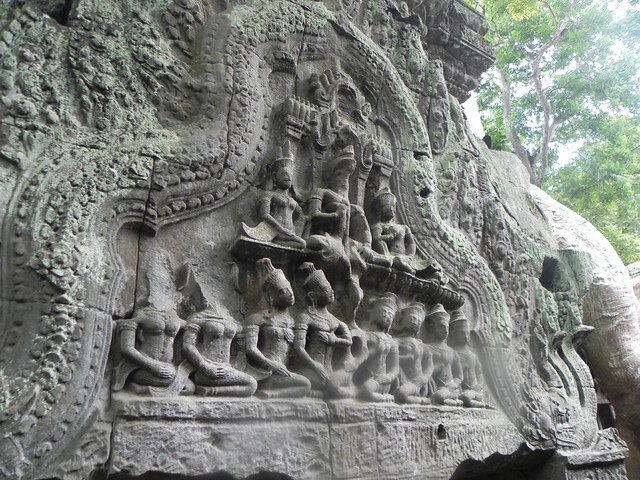 To put it bluntly, since the other major religions find themselves greatly privileged socially in today’s world, they cannot afford to share space with Hinduism.

Who said Hindus don’t have a religion? 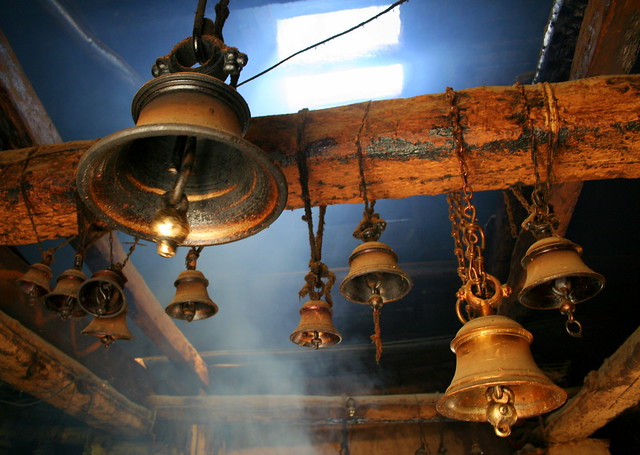 Everyone has a right to their religion – the formal, structured face of spirituality – so why do only Hindus have to contend with a “way of life”? 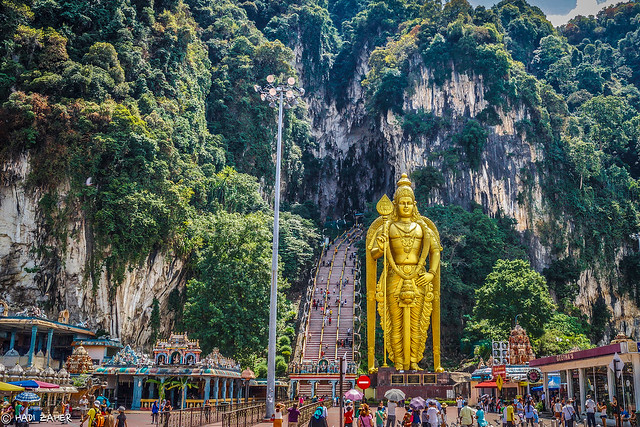 Before we go any further, let’s look at the definition of religion. Unfortunately, there is no clear-cut definition. There is, however, an implicit understanding that religion is about the mysterious origin of our universe, about its creator, about God, and about a moral guideline for our lives.

The Hindu – In India and other countries 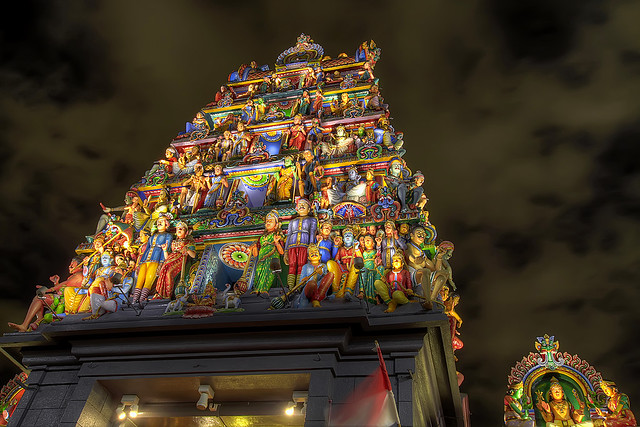 The word ‘religion’ comes from the Latin word “re-ligare”, which means, to bind back. One could assume that it means something that binds the human being back to the Creator, or God. 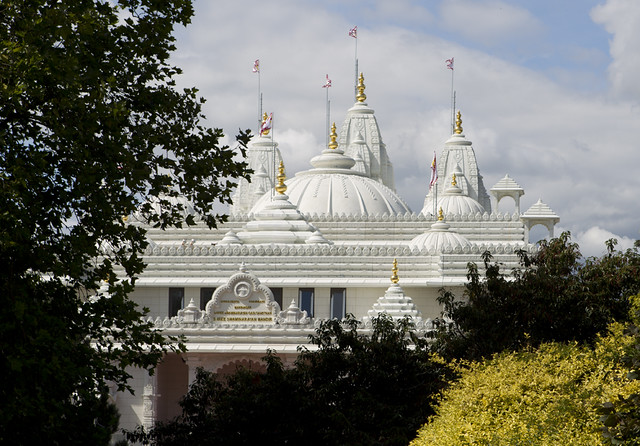 That definition definitely makes Hindu dharma a religion. In fact, it is the original, and the most ancient, religion. Many thousands of years ago, the Indian rishis inquired into the truth of this visible world. They postulated criteria for ‘truth’ and came to the conclusion that one invisible, conscious essence was the only true ‘thing’ permeating everything in this apparent universe, and beyond.

We are all part of Brahman

They called it Brahman (from big, expanding) or simply Tat (that) and postulated that it was eternal, infinite, unchanging, true, aware, blissful and the invisible basis of everything, including our own person. So basically, we are that Brahman. 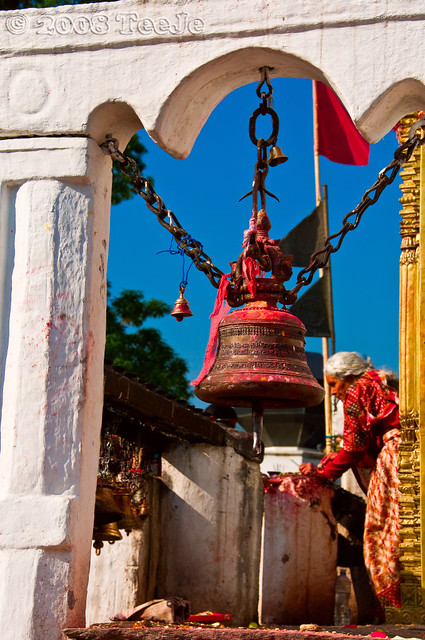 Our essence is That. Only, we are born blind to this truth and the purpose of life is to realise it. Further, ancient Indian scriptures give many methods for achieving this Self-realization or God-realization.

From Brahman to a “God” 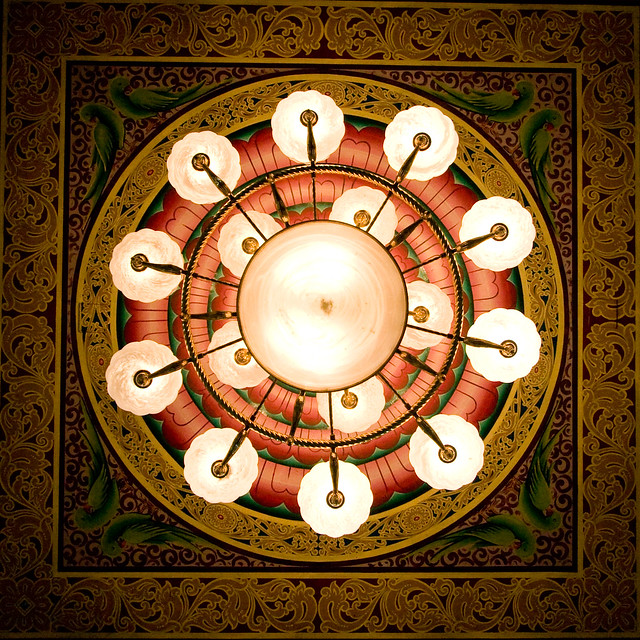 Now, when western religions appeared on the scene, they limited this vast, all-pervading Brahman to a “God” who is personal, male, separate from his creation, and with strong likes and dislikes. 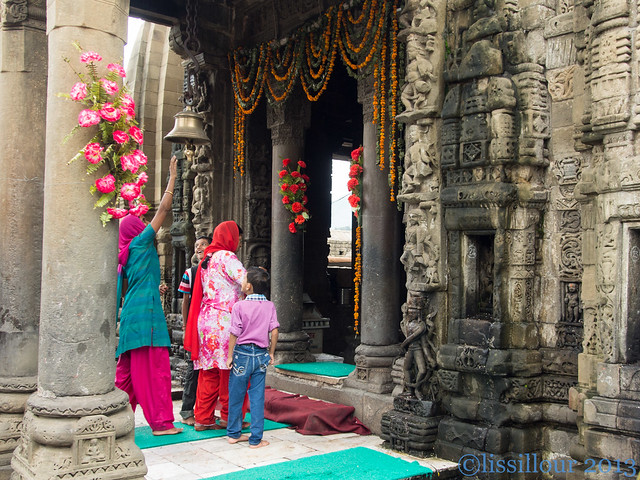 There are indeed significant differences between the Abrahamic religions on one side, and Hinduism on the other. The Abrahamic religions come as a fixed ‘belief system’, which means that blind belief is required in dogmas, which have no chance to be verified. Hindu Dharma, on the other hand, is based on a genuine inquiry into truth, which means that there is no need to accept any claim that does not make sense. 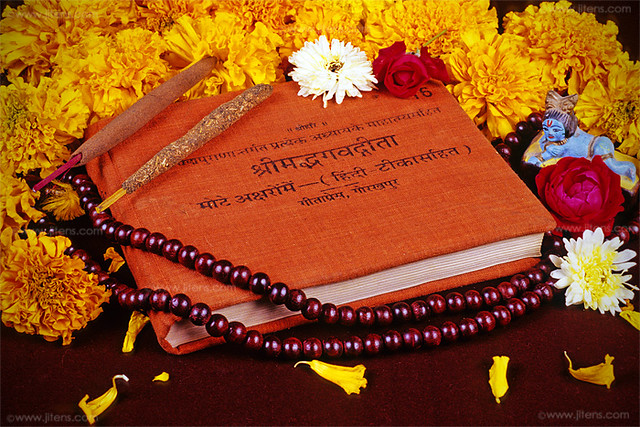 Now, religion is also defined as ‘belief system’. In that case, the Abrahamic religions easily qualify. However, there is a contradiction. On one hand, religions claim to tell us about the truth, and on the other hand, we have two different, unverifiable ‘belief systems’ about this truth. 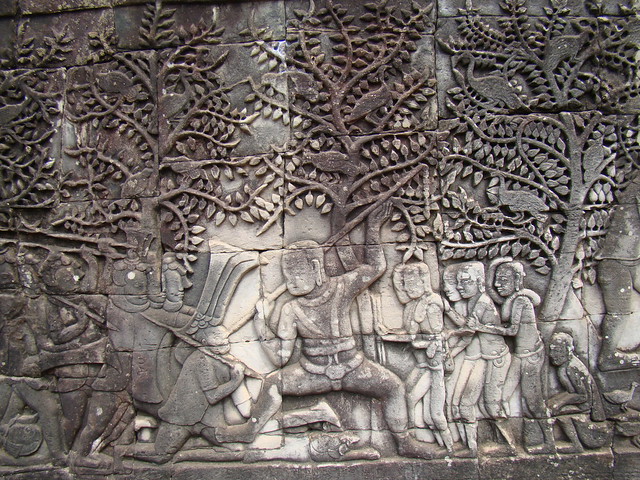 They can’t be both true and there is a chance that none of them is true, because they contradict human intelligence. It certainly does not make sense that the absolute, eternal truth is a story about a God who is heavily biased towards one group (which one?) of humanity. 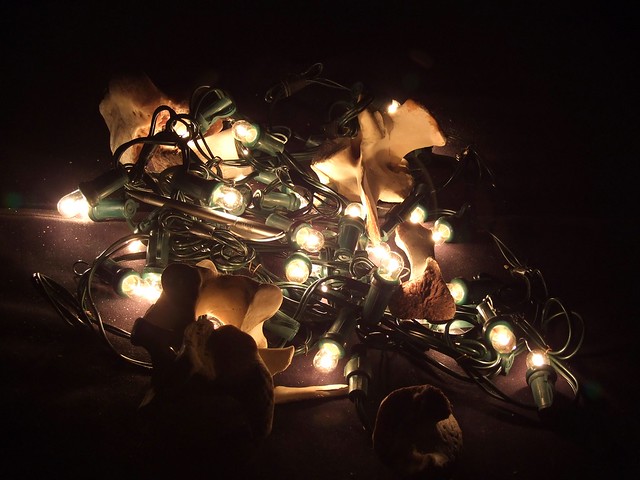 So here is where Hindu Dharma comes in again. It is the best possible ‘belief system’ that is not based on dogmas, but based on knowledge and direct experience. It is open to scientific validation. It is possible to know that this manifold manifestation is permeated by one energy or awareness. 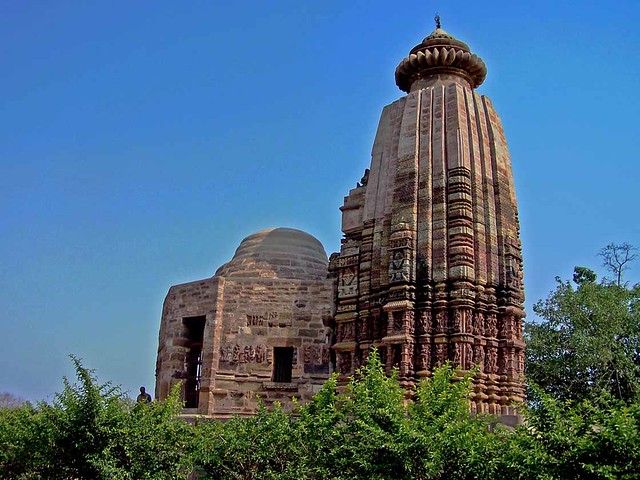 So the Hindu claim that all, including the human being, is divine, because all is ultimately Brahman, is – in all likelihood – true. Tat Tvam Asi or ‘You Are God’, is however fiercely rejected as heresy by the Abrahamic religions.

So does it follow that those religions even resist the truth? Could re-ligare “bind back” be better interpreted as “holding the individual back from realizing his oneness with the Absolute”? This conclusion may actually not be off the mark, especially if one sees how much effort goes into denigrating Hinduism. 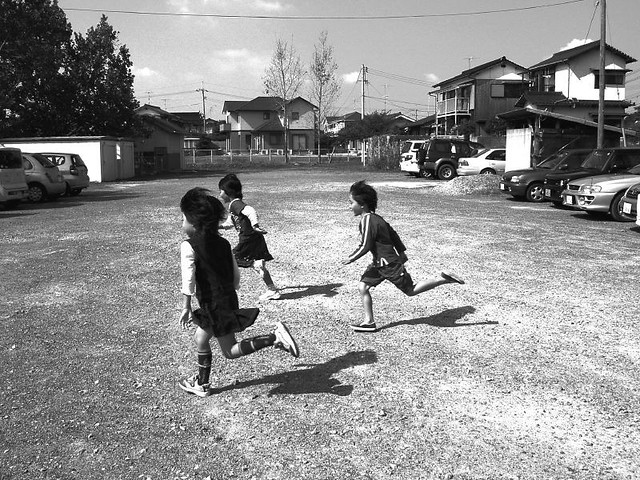 Every school kid in the world is taught that Hinduism is weird. Not only school kids, at the university level, too, there is clearly an attempt by western academics (and that includes western orientated Indians) to aggressively despise Hinduism. 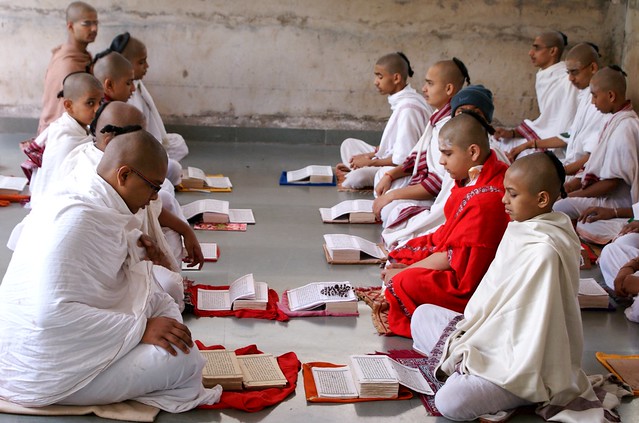 An Analysis of Hinduism Studies in America gives ample proof of how outrageously Hinduism is portrayed and how benign the ‘revealed’ religions are. 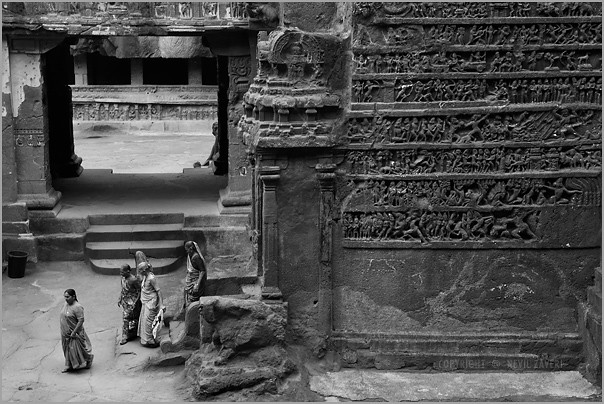 Or do they denigrate Hinduism as they know that it has the capacity to trump the western belief systems and undermine their power if only there were a genuine debate on what we can know about the truth?

Tirade for too long

However, running down Hinduism for too long seems to have now backfired. Hindus realize that their tradition cannot possibly be as bad as it is made out to be. They reacted first in the US and got the syllabus in US schools and colleges changed. Slowly in India, too, the awareness that Hindu Dharma actually stands tall among religions, is growing. 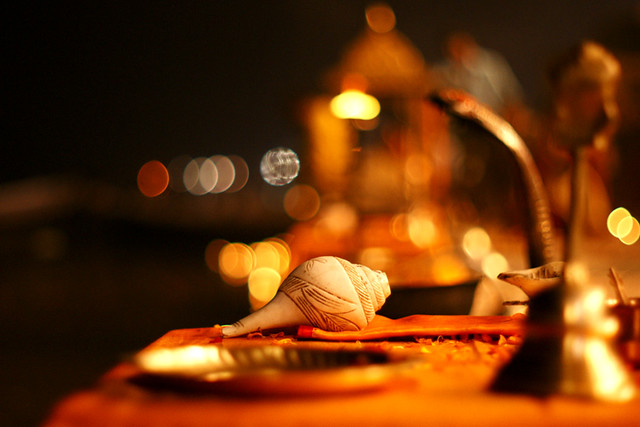 Giving it, its rightful place

Hindu Dharma needs to take its rightful place on top among the religions. So far, the two big ‘belief systems’ have dominated the scene and each one declared itself as the ‘only true religion’, even called itself ‘universal’, for the sole reason that both storm all over the world trying to impose their dogmas. Hindu Dharma should appropriate the ‘universal’ tag for itself as it is naturally universal. Everyone and all are included in Brahman. 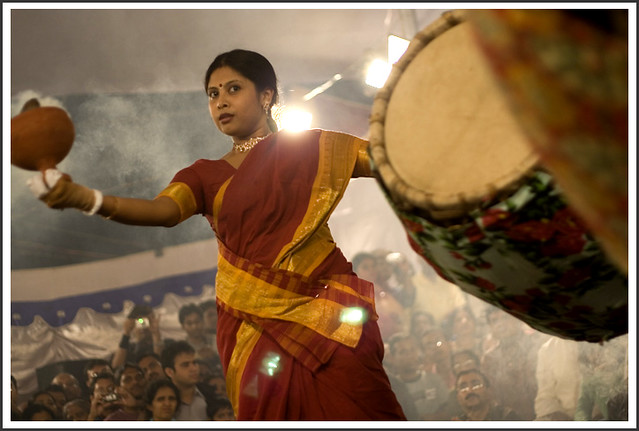 Many Hindus will probably baulk now and call such advice unacceptable: “No, we are not chauvinistic. Even if others are, we are not like them.” But is it not true? And is Hindu Dharma not about being truthful and fearless and helpful to others? 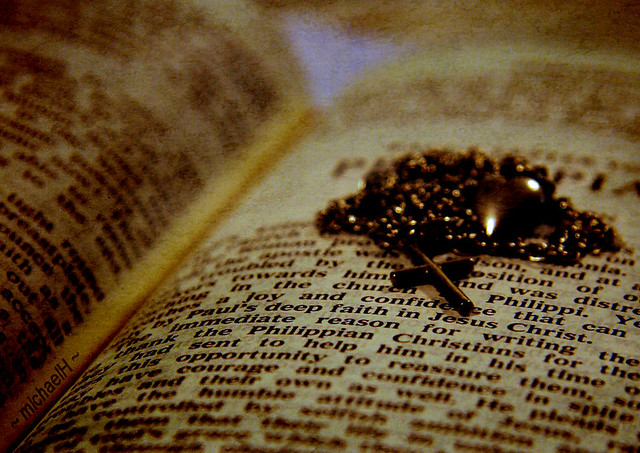 Many in the west feel oppressed by mandatory belief in dogmas, and leave the Church. They opt for atheism, as for them, anything metaphysical is intrinsically connected with the Church. Some, mostly educated people, discover Buddhism.

Not an option but a right 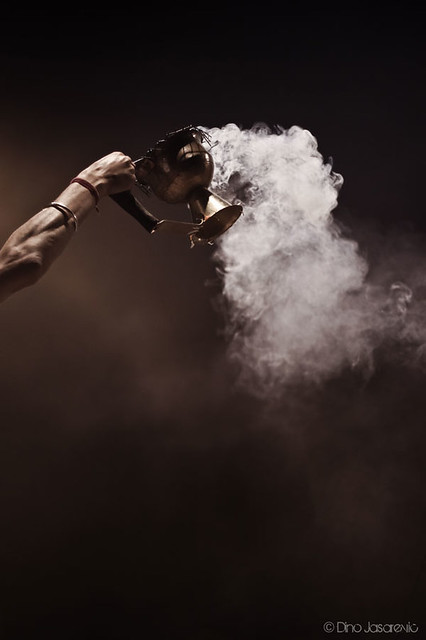 Hinduism unfortunately is not an option for most, as it is projected to be weird. Only a few discover its value and stand by it. . If Hindus would be forthright about the profound insights of their rishis, Hindu Dharma would surely spread across the world (as it did in ancient times), throughout Asia. Of course, Hindus would need to know at least the basics of their dharma and do some sadhana for refining intellect and character, to be able to see that Hindu Dharma is, indeed, the best of religions.
Source: Speaking Tree.in