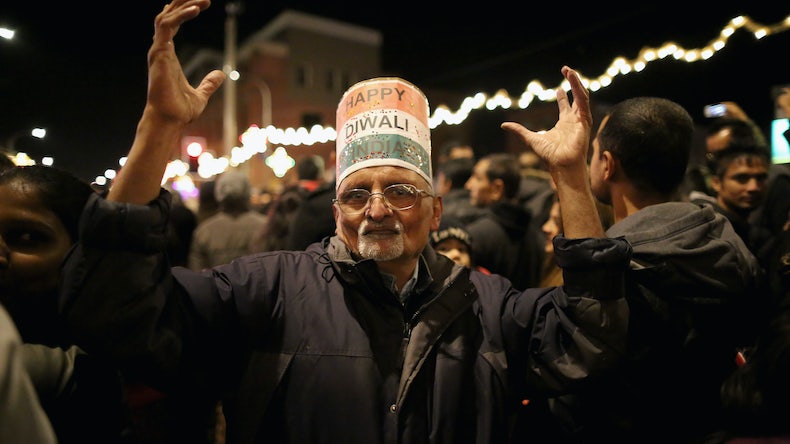 Hindus Ask Oklahoma For a Monument Next To The Ten Commandments, Hilarity Ensues

American Hindus are joining Satanists as the latest religious group to ask for a monument to their faith at Oklahoma’s state capitol. The Universal Society of Hinduism is planning to ask Oklahoma’s State Capitol Preservation Commission for permission to erect a statue of the deity Hanuman near the statehouse. Both requests come after a state representative, Mike Ritze, led a campaign to erect a statue of theTen Commandments on statehouse grounds last month. In addition to a fundraiser, Ritze donated $10,000 to the effort, and in 2009, he sponsored a measure that allows religious displays on statehouse grounds.

That’s where the Satanists came in: they asked to be included as well. Ritze, of course, was shocked. He said that their request offended him because, “this is a faith-based nation and a faith-based state.” And who knows what those people who aren’t Christians or Jews are. (He also tried to claim that the Ten Commandments wasn’t actually a religious monument, but ”simply celebrating our history and our heritage of where we get our laws.”)

But Hindus are the world’s third-largest faith, and don’t have the word “Satan” in their name, so maybe they’ll have fewer problems. ”If the Oklahoma State Capitol was open to different monuments, we would love to have a statue of Lord Hanuman, who was greatly revered and worshipped and known for incredible strength and was [a] perfect grammarian,” said the Universal Society of Hinduism’s Rajan Zed. Hanuman will be “big and weather-proof.”

Already, some are rejoicing about the bind Oklahoma representatives are in, where they can’t deny the requests without a lawsuit, but can’t approve them without angering their conservative base — the very base that wanted the Ten Commandments at the capitol in the first place. ”This is beautiful,” wrote Hemant Mehta at the Friendly Atheist blog.

See, this is what Dr. Winnifred Sullivan means by the impossibility of religious freedom, because once you let one group put up a monument … well, where do you draw the line? From a purely practical perspective, it’s rather costly and potentially infinite. What if the Church of the Flying Spaghetti Monster wanted to put up a monument to meatballs? Oklahoma might have to let them, or risk having to define what religion really is.