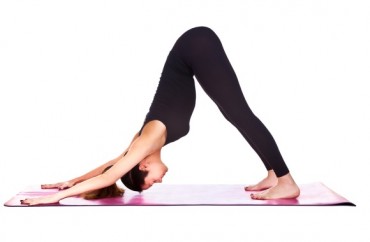 Benedictine College is facing the ire of a Hindu group and some of its students after the Kansas school decided to stick to its Catholic roots.

It has renamed yoga classes, following concerns that they smacked of “Eastern mysticism.”

The decision may not be surprising to some, given Benedictine’s strong commitment to its Catholic identity. It’s among the few Catholic colleges recommended by The Cardinal Newman Society, a Catholic education watchdog group that promotes and defends “faithful Catholic education.”

Though the dig at yoga prompted backlash from a Hindu activist and spurred a student petition, the college is standing firm on its decision.

Benedictine planned to offer “recreational yoga classes” this spring but held off on the decision after the content of courses became known, according to Inside Higher Ed.

The Circuit, Benedictine’s campus newspaper, reported the college acted in response to a “growing number of concerns from students, alumni and faculty and by the request of Archbishop [of Kansas City] Joseph Naumann and Abbot James Albers.”

Spokesman Steve Johnson said there were concerns about the courses being aligned with “Eastern mysticism.”

Amid the concerns, the university modified the recreational courses. “The basic change to the courses is in name, to more accurately reflect the nature of the courses,” Johnson told The College Fix in an email.

The name will change to “Lifestyle Fitness,” according to the Associated Press. The courses are “about exercise and [don’t] contain any spiritually or culturally sensitive material” and were never designed to be religious, Johnson told Inside Higher Ed.

“Our opinion is that yoga should be called yoga. Major US Catholic universities, including Notre Dame, do not hesitate to use the term ‘yoga,’” said Rajan Zed, president of the Universal Society of Hinduism, which is based in Nevada.

Zed wants the university to conduct a student vote to decide the fate of yoga at Benedictine, where 86 percent of the student body is Catholic.

When asked, Johnson, the university’s spokesman, did not address whether such a referendum could take place, but suggested the university will take concerns seriously.

“Benedictine College has a strong family atmosphere and sense of community. We always weigh the concerns of the campus community when making decisions. This situation is no different,” Johnson said.

The decision to rename the yoga courses has upset some Benedictine students. One of them, Josh Olson, created an online petition to “bring back yoga” at the school. The petition has garnered 181 signatures, as of Sunday.

“My goal was for the petition to give the student body a chance to voice our opinions and let them know that many of us did not agree with their decision,” Olson, who is Christian but not Catholic, said in an email.

However, a number of students don’t have an opinion on the situation, Olson said.

“From talking to the student body many do not know enough to make an informed opinion but those who have given their opinion are overwhelmingly against the college’s decision,” he said.