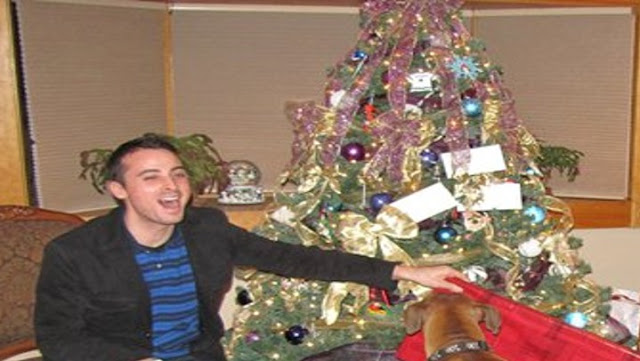 Christmas is one of the most complicated and divisive questions facing Hinduism today. Hindus living in the West are met with the difficult situation of adapting to their new nationalities while at the same time trying to maintain their religious identity.  In India, Christmas celebrations are often seen as a Christian encroachment into the last viable non-Abrahamic civilization. It is not paranoia on the part of Hindus to be leery of this festival since its very existence was and still is an invention to slowly assimilate pagan culture with Christianity.  However, many Hindus have also noticed that Christmas is itself a double edge sword, a living remnant and pseudo-celebration of heathenism. My personal relationship with this complex holiday has left me torn, always searching for the best way to deal with it, emotionally, socially and spiritually. However, it is time to find a happy medium.

I celebrated Christmas until about the age of 10 or 11.  Like all children raised in Christian households it was a time waited for with extreme anticipation and excitement.  The colorful atmosphere created by the family Christmas tree is obviously very alluring to young children, Christmas music which is both festive and somber infuses the atmosphere with both joy and hidden meaning. I remember writing wishlists to Santa Clause, leaving out plates of cookies and milk, only to find crumbs and a half-empty glass on Christmas morning.  I also remember my first Christmas meal, a series of courses presented to us on the dining room table which has been moved into the living room, making it obvious to me that this was a very special occasion.  I got sick that night and threw everything up in a guardian’s bedroom. Of course the highlight of Christmas for children is to wake up Christmas morning to tons of presents and toys, it’s hard to sleep Christmas eve night.

However Christmas also has a slightly dark side.  I recall a time when I was very young, several people had been invited over the house and I don’t know what I did but I got into trouble, I was threatened that Santa would not leave me presents that year, I cried. Christmas eve services are held in Churches until midnight, called Midnight Mass. The white steepled church I attended at the time would turn out all of the lights, allowing only a wreathed display of candles to illuminate the room from the front.  Above the candlelight was a black clad, old pudgy preacher, speaking very softly and ominously about something I didn’t know what.  Like many scenes in Christianity the preacher over the fire gave me an odd feeling, it felt like something wicked hidden by the mist. Then there is the humiliating time when some children have come to realize that Santa is not real, while others still hold onto this cultivated deception.  My relatives went to great pains to trick me into believing.  One Christmas when I was very young they played reindeer chimes on a record player, all the adults began shouting Santa is here… they rushed us all out onto the deck and began pointing to the stars saying look, there he is flying away.  I looked for him but couldn’t see anything.  Around 3rd or 4th grade, teasing and snickering begins and those children who have not yet realized the farce are obviously hurt in the process. I remember finding my Christmas presents in the truck of our family car, the feeling was not great.

But we must also briefly address the advent of Christmas in India, the bastion and heart of Hinduism.  Because Christmas’ paganism is really European paganism, the nuances which trouble the West are likely to be undetectable to most Indians.  It is only the adroit few who will notice the pagan infusion, but to the masses this is just Christian encroachment, plain and simple.  Indian Christians have the upper hand in that they have a new and visually stimulating display to advance their religion, customs and social activities which are undeniably hypnotic. How should Hindus in India approach this spiritual affront?  Let’s not be naive, Christianity has cleverly conquered civilization after civilization, we cannot act like this is innocuous.  However, Christians love to play the victims, and so an aggressive approach falls right into their hands. While there is no precise remedy to the Christmas problem, I will offer up my personal approach and also some suggestions which we as Hindus may want to try.

So how do I personally deal with Christmas?  First let’s talk practically.  Families and friends in the West tend to gather on Christmas day, everyone has the day off and and it is an ingrained tradition.  If you don’t attend Christmas parties you are likely to miss out on the rare opportunity to socialize with relatives, neighbors and business associates… the trap is cleverly designed. While for many years I avoided Christmas gatherings, I eventually found out that this led to crippling social isolation, damaging my opportunities for the future.  While I am still extremely leery of the Christian overtones of Christmas, I have come to find that in the West, Jesus is conspicuously absent form practically 95% of Christmas celebrations.  I take comfort in the fact that my Nordic and Mediterranean ancestors may have engaged in similar rituals around this same time, notwithstanding that their celebrations had deeper and genuine religious meaning. Christ is not likely to be pushed down your throat at a Christmas party, so there are few occasions to feel righteous indignation.
Now on the other hand, I can also see the conundrum of Christmas for Christians.  Isn’t it true that all of their Christmas customs, even the date, are actually the gifts of paganism?  If the pagan origins of Christmas are indirectly and tastefully presented, the Christians find it hard to respond with any semblance of logic.  Yet their is a deeper dilemma which the Christians find hard to face; what is so lacking in Israelite culture that they must constantly look to pagans for social and cultural cues? Isreali culture is supposedly the product of the one true god of the earth, yet Christians want to dress like pagans, celebrate like pagans, design like pagans and even act and think like pagans.  The knowledge that Israelite culture cannot fulfill them is deep within the subconscious of most Christians and must be probed carefully as the reaction could be violent. And so while I am sociable as Christmas parties, in writing I am certain to expose the obvious paganism of Christmas, always attempting to break biblical rein and restore the eternal religion.
Now that I have given my cut on Christmas, I would like to make a few suggestions which I hope will help us as Hindus deal with the challenges of Christmas.  First, I think it is a very good idea that we take a varied and natural approach, something we are already doing.  Some Hindus may decide to attend Christmas parties and decorate for the holidays, others may choose to avoid Christmas practices all together.  This blended approach allows us to retain and protect Hinduism, while at the same time reaping the benefits of social adaptation.  I would encourage Hindus to also take a two pronged approach in exposing Christmas. The first would be to carefully warn of its power to infect Hinduism with the personality cult of Jesus, taking great pains to expose his hatred for pagans and his role of establishing global biblical reign. The second would be to consistently and persistently highlight the borrowed paganism of Christmas, stirring deep seated cultural memories, indirectly forcing Christians to ask themselves troubling questions.  The magic of Christian Christmas was paid for with pagan blood, with terrorism and intimidation, do not let their memory fade, their suffering will not be in vain.
We as a Hindu community must work diligently to revive and invent rival holidays, absorbing the warm feeling of Christmas and putting it to use for our Hindu religion.  Like the European pagans, Hindus in Punjab celebrate the winter solstice as Lohri, a bonfire ceremony venerating the element of fire, a folk goddess and also the sun god Surya. Hindus have made good use of Christmas lights to decorate our temples and our homes for Diwali, so why not mix fire with electric lights, creating beautiful displays to venerate our Sun god and the god of fire Agni.  As for inventing Holidays, the founder of “Hinduism Today” magazine, Sivaya Subramuniyaswami, has done a good job with establishing Pancha Ganaptai, a five day ceremony which highlight the many blessings of the god Ganesha, culminating on December 25th.  Finally, we already have popular and established holidays like Diwali and Holi which ask us to look deeper into the question of good and evil and how to live righteous lives; the narratives behind these stories, unlike Christmas, are native and completely integrated.  Also don’t forget the movements to institutionalize Hindu holidays in school and government calendars, as well as on stamps…  in America, Christians, Jews and Muslims have recognized holidays, we deserve the same. Of course we must also do all we can to invite non-Hindus to our own holiday parties; we attend theirs, so why can’t they attend ours?

This was a long post, but Christmas is a topic of much discussion today.  What hurts me most is that at times it can be a cause for derision amongst Hindus.  However, I am certain that our diversity and pluralism will be our strength on this matter.  Hindus are inventive and adaptive, I know we will find the solution to the Christmas problem and at the same time use this as a springboard for our own eventual ascension.

P.S. – when someone says “Merry Christmas” I respond with “Happy Holidays”.
Source: Just Another Hindu