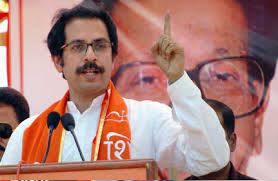 Mumbai : Dr. Dabholkar was the Chief of Andha-shraddha Nirmulan Samiti and it was accused that he was killed because he created ruckus on anti-superstitions Bill. Immediately after Dabholkar’s killing, State Chief Minister lifted his face from the heap of pending files and declared that pro-Hindu factions were behind the killing and it could have been done by ‘Sanatan’. On the ‘Lakadi’ bridge in Pune, Dabholkar’s blood had not even dried, police were running here and there in search and the CM made such statement accusing pro-Hindu factions and it numbed the whole investigating system; therefore, the killers could not be found. The allegations of fanatic powers behind Dabholkar’s killing, are directed towards pro-Hindu organizations. Unfortunately, in Hindus’ Hindustan, selfish political game of branding Hindus as fanatic power, is being played. There can be ideological differences with Narendra Dabholkar; because members of ANiS have always attacked only Hindus’ faith and all Warakari Sampradaya  from Maharashtra is enraged against this Bill; but that does not mean that such enraged people will resort to killing. The above bold criticism has been made by Shiv Sena Chief, Shri. Uddhav Thackeray in the Editorial published on 3rd December in ‘Dainik Saamnaa’ with the title ‘Dabholkar khuna che Rahasya : Vaachaa Basali; Vaachaa Phutali (Suspense behind Dabholkar’s killing; voice stifled; voice heard) [Do the powerful pro-Hindu organizations ever present the side of other organizations of Hindus ? – Editor, Dainik Sanatan Prabhat)

1. Aba (R.R.) Patil raises doubt on affidavit filed by Pune police and Central Home Minister spreads rumours of getting some clue. What is going on ? It is possible that in view of ensuing Assembly session, the Government has declared of getting clue to save its face from Opposition. On one hand, it is declared that clue is found and on the other hand, information is withheld in the name of secrecy, to buy time. Does the Government really want to nab Dabholkar’s killers or not ? What is the guarantee that tomorrow, some Pradnya Singh or Col. Purohit would not be hanged and file of Dabholkar’s killing would be closed ?

2. Before 100 days, immediately after Dabholkar’s killing, some ‘ Bunty- Babli (Tom & Dick’) whispered something in CM’s ears and their whispers came out through CM’s mouth. CM accused pro-Hindu activists with Dabholkar’s killing and raised his hands; therefore, Dabholkar’s true killer could not be found. In a way, it was good that Pune’s Police Commissioner at last, opened his mouth and stated in an affidavit that fanatics powers were not behind Dabhokar’s killing. Let police find Dabholkar’s killers whenever they want but is it not good that Police opened their mouth and the State Government got a clue ?

Although Sanatan people are accused of exploding ‘string’ bomb outside one theatre, to say that they would fire at unarmed Dabholkar is exhibition of Intellectual bankruptcy.