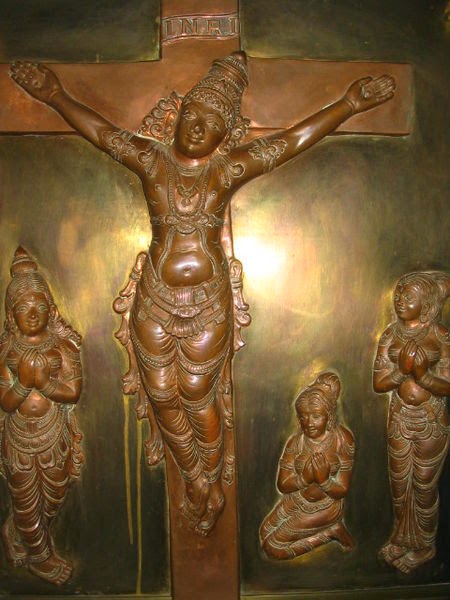 Churches monkeying with Hindu sentiments and property
Last week churches across Tamilnadu were at their best in swallowing village lands as well as playing mischief with idols of Hindu Gods. At Injambakkam on the outskirts of Chennai, the local church enlarged its
campus

by encroaching on common village land to which the Church faced stiff opposition from the poor villagers.  Hundreds of villagers gathered in front of the Church demanding the return of their land.  The police landed in strength and advised both parties to sort out the issue among themselves.  Poor villagers who are the affected party could only simmer in anger.  At Madurai, an outfit of the Church calling itself ‘Rural Theological Institute’ has come out with a cross.  Instead of Jesus the person crucified on the Cross is a Hindu God.  This the outfit describes as ‘Christian Art from India’.  It means the Church wants to vilify Hindu idols across the world. Angered Hindus used Facebook extensively to expose this conspiracy.