The furor over “India’s Daughter,” a documentary by British filmmaker Leslee Udwin that examines a horrific 2012 rape case in New Delhi, has been remarkable. Last week, an official release of the film was blocked in India after a police complaint, but the documentary had already made its way onto YouTube and made headlines around the world.

Now, a number of Indian outlets are reporting about a tit-for-tat video made by an Indian man that attempts to draw attention to Britain’s own rape problem. Titled “United Kingdom’s Daughters” and produced by Harvinder Singh, it was uploaded to YouTube earlier this week and became a Twitter trending topic in India on Thursday.

The video, a low-budget production, begins with a series of “facts” about sexual assault and rape in Britain, set to music and still images. In this section, it asserts that 250 people are raped daily in Britain, and that 10 percent of rape cases result in a conviction. Pointedly, it says that a third of Britons believe women are responsible for rape – apparently a reference to the horrific comments made by a rapist in “India’s Daughter” – and that fewer women die as a result of rape in Britain as they “resist less.”

Some of the facts featured at the start of the documentary match up with attributable sources: Statistics suggest that there around 230 rape cases a day in England and Wales. Rape conviction rates are around 10 percent in Britain, and at least one study has shown a third of Britons blame the victims in rape cases. Other statements are much harder to comprehend. One simply says  “United Kingdom 5th at the World’s Rape List,” apparently a reference to a dubious list published a few years ago. Importantly, there appears to be no real evidence women in Britain resist any less than Indian women.

After this, the film then cuts into what appears to be a British documentary about sexual assault in Britain, before again cutting to another British show on the same subject – ironically, both appear to have been initially shown on the BBC, which broadcast “India’s Daughter.” The video ends with a message that suggests rape is a global problem, not simply one for India.In comments on social media, “United Kingdom’s Daughters” has earned praise for exposing Britain’s problems – some, for example, asked Singh to look into Britain’s recent pedophilia scandals. Others were simply happy that he had shown India wasn’t the only country with a problem, despite an international reputation many feel is unfair.

In contrast, however, a number of viewers felt the video missed the point by framing it as a dispute along national lines – a number of Indian citizens were involved in the making of “India’s Daughter,” for example, and the2012 Delhi case prompted a huge outpouring of anger within India. “Pointing fingers at others doesn’t absolve ourselves from our own crime or guilt,” one YouTube user wrote. 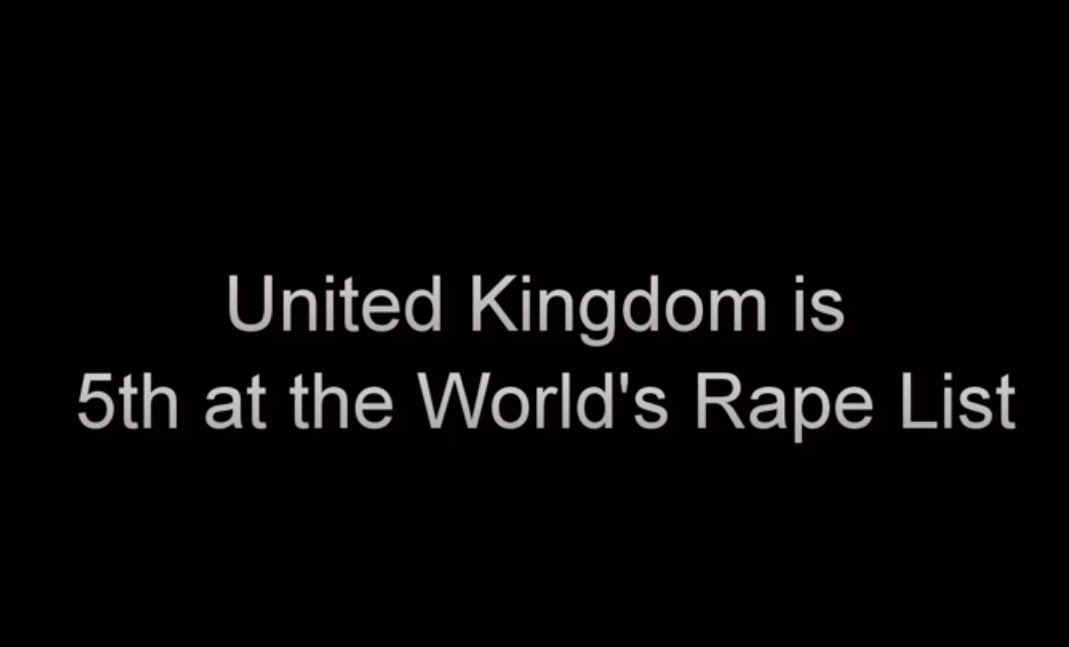 Britain has the fifth highest number of rapes in the world but only one in 10 rapists are convicted, according to a video made by an Indian here in response to the BBC’s controversial documentary which has been banned in India.

Leslee Udwin’s documentary ‘India’s Daughter’, which featured an interview with Mukesh Singh, one of five men convicted of the brutal gang-rape and murder of a Delhi student in 2012, caused anger in India among nationalists who felt it had sought to tarnish the country’s reputation and suggest many Indian men believed women were to blame for rape.

According to a report in The Telegraph, video-maker Harvinder Singh released ‘United Kingdom’s Daughter’ in response to the controversial documentary to show how sexual violence is a universal problem and not unique to India.

The video begins with dramatic music and pictures of cowering, traumatised women, as subtitles highlight the scale of Britain’s grim rape and sexual violence statistics.

“United Kingdom is fifth at the world’s rape list,” it said.

“The number of rapes is more because many do not report,” it added.

“Ten per cent of women in the United Kingdom experience sexual victimisation,” but “a third of Britons believe women are responsible for rape,” the film claimed in a direct response to the BBC’s documentary which suggested the views of a convicted gang rapist and murderer were more widely shared.

In the response video, a selection of photographs, graphic statistics and clips from another BBC documentary, the producer claimed women in Britain “don’t resist the rape so killing figures are a few.”

The claims made in his video reflect a widespread anger in India, especially among nationalists, who believe the BBC’s ‘India’s Daughter’ unfairly maligned the country and made false generalisations about the attitudes of its men.

Some of its claims appear to be factually incorrect, the paper said.

According to official figures, 233 women are raped in Britain every day, while the conviction rate is 60 per cent -– considerably higher than India’s 24 per cent but regarded as shamefully low regardless.

The film also sought to make wider criticisms of British society — 41 per cent of marriages “broken in just 20 years” while “11 per cent population is living under the poverty line” and “31 per cent of people age of 65 or more living in old age homes.”

Image: A screenshot of the video.