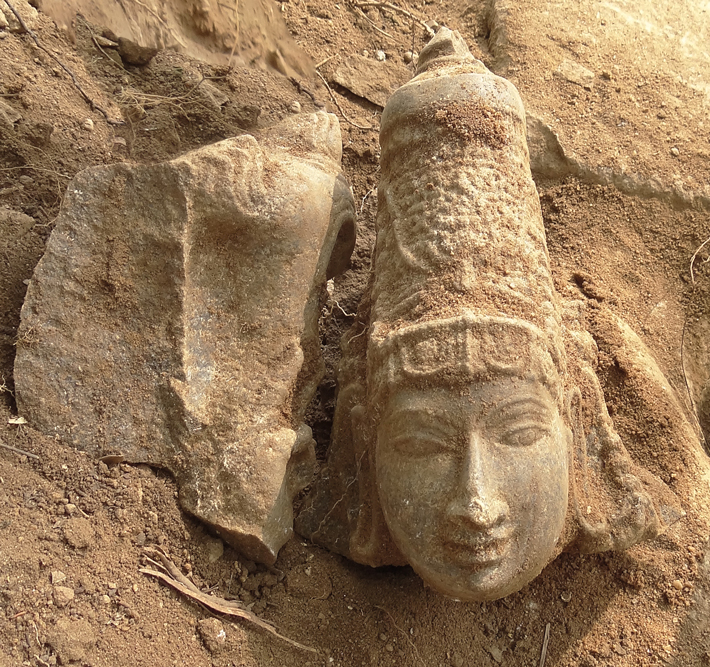 Srirangam Island, at the confluence of the Kaveri and Kollidam Rivers in southeastern India’s state of Tamil Nadu, is home to a 2,000-year-old temple complex, major parts of which are still in use today. However, much of the complex is hidden or damaged. Many older sections are buried under sediment as a result of centuries of flooding, and the complex was ransacked in the fourteenth century by the Muslim general Ulugh Khan. Recent excavations at the site, guided by geologists with knowledge of flood sediment layers, have begun to reveal what was presumed to have been lost. Researchers including geologist Mu Ramkumar of Periyar University have uncovered parts of the temple destroyed by Ulugh Khan and unearthed artifacts such as pendant lamps and statues of the deity Gopalakrishnan with his consorts. Using geophysical surveying techniques, they have also identified what they believe to be the tomb of religious scholar and teacher Sri Manavala Mamunigal, who restored the temple complex in the fifteenth century. The tomb has been left unexcavated for religious reasons.