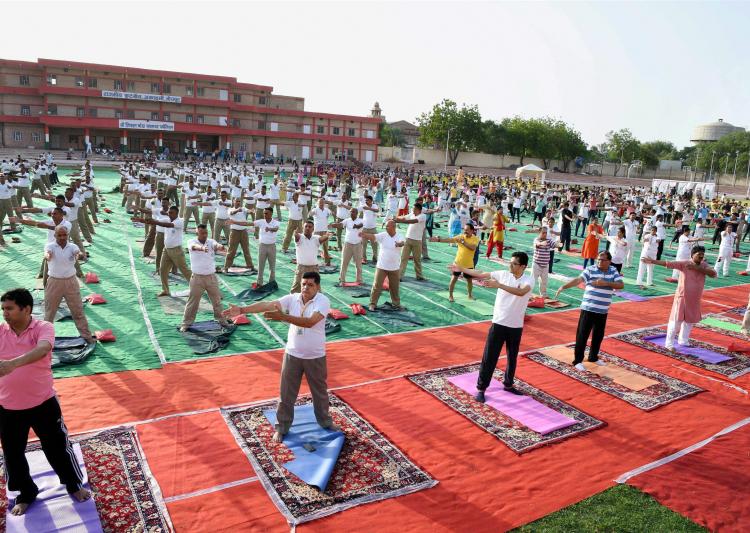 ISLAMABAD, PAKISTAN, June 21, 2017 (India TV News): The third International Yoga Day was celebrated in Pakistan but on a muted scale. The organizers said a much bigger event will follow after Ramadan ends. Pakistani yoga guru Shamshad Haider, who runs over 50 clubs across the country, said in a telephone interview from Islamabad: “Due to Ramadan and people preparing for Eid, we could not organise a big event this year.” “We have routine sessions in all our clubs today but after Eid we are preparing for a much larger event in Rawalpindi.” He said his team expected more than 1,000 people to take part. The Indian High Commission also organised a yoga camp in Islamabad on Sunday, attended by India’s envoy Gautam Bambawale and other diplomats.

Asked about the Pakistan government not celebrating the yoga day, Haider, founder of Yoga Pakistan and Way of Nature, says his clubs have people from all religions. “It (government) never stopped us from doing yoga. It has granted us permission to hold yoga camps on its land and has also allowed us to promote yoga.” “Yoga helps to gain mental stability, peace, balanced living. It teaches us discipline which is vital in Islam and all religions.” Last year, on the second International Day of Yoga, Haider did yogic asanas along with 20,000 yoga students across Pakistan — but minus media publicity.