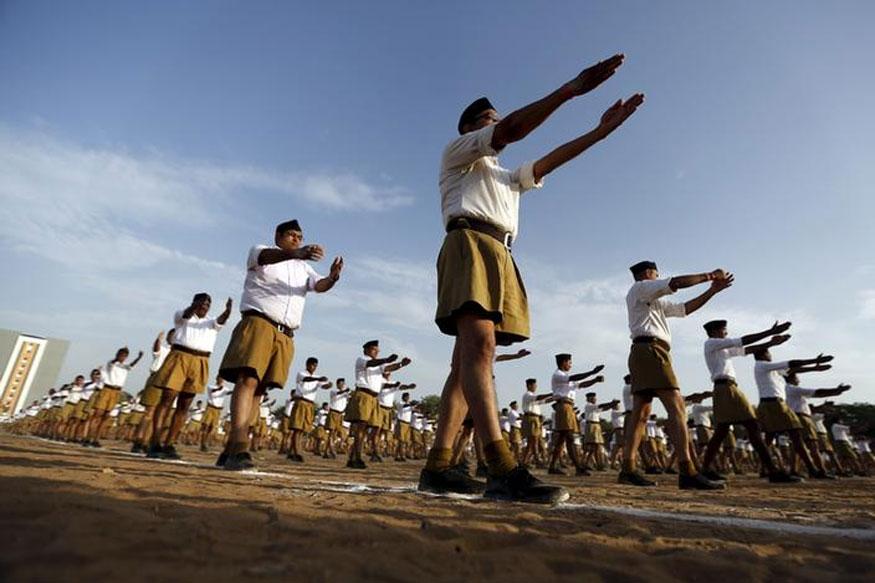 Volunteers of the Rashtriya Swayamsevak Sangh (RSS) exercise as they take part in an annual celebration in Ahmedabad.

Hyderabad: RSS on Tuesday said it is Hindu society’s “desire” that a Ram Temple be built in Ayodhya and called for removing all legal hurdles to fulfill this wish.

“Hindu Samaj desires that there should be a Ram Mandir there (in Ayodhya). Whatever the legal problems are, they need to be sorted out and a Ram temple be constructed…that is what we all desire.

The matter is pending before the Supreme Court,” RSS General Secretary Suresh Bhayyaji Joshi said. Joshi was talking to reporters at the conclusion of a three-day national executive meeting of the pro-Hindutva organisation here.

He said the Ram Mandir issue has been there for the past over 30 years and it would be wrong to link it to the upcoming Assembly elections in Uttar Pradesh.

“Since 1984 this movement is going on across the country (for constructing Ram Mandir)…there is nothing new. There is some delay due to court cases,” said Joshi.

The Lucknow bench of HC had then ruled the 2.77 acre disputed land in Ayodhya be divided into three parts among Hindus and Muslims. It also held the place where the makeshift temple of Lord Ram currently exists belongs to Hindus.

On ‘gau raksha’ issue, Joshi said the RSS has been stressing on cow protection since long.

“It is not an emotional issue but associated with the country’s economic growth,” he said, adding “cow protectors” should also be given protection.

The government should take necessary steps to save and develop indigenous cow breeds, Joshi said.