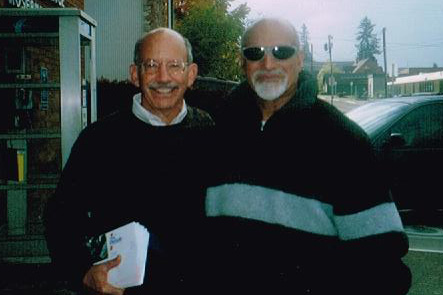 Here is a photograph of Congressman Peter DeFazio, one of the senior most members of the US Congress, who has forwarded to the US President, Barack Obama, the memorandum of Diversity-USA, urging the President to discuss the document with the visiting Indian Prime Minister, Mr. Narendra Modi later this month. Standing with the US Congressman is Dr. Jagan Kaul, Chairman of Diversity-USA.

The memorandum requests the US President to emphasize upon Mr. Modi the need for establishing an autonomous homeland outside the tyranny of Islamists and where the Indian Constitution is fully applicable.

The exiled ethnic minorities of Kashmir do not want to live under the Islamic law sharia which has been promulgated by the present regime in Kashmir in spite of the fact that India is a secular country.

Diversity-USA memorandum contends that that these exiled and unique ethnic communities have no chance to survive in Kashmir unless they are given the same geopolitical standing that has been afforded to many small but unique ethnic groups in India. The document said that Mr. Modi’s party (BJP) has without any reservation recognized, accepted and utilized that policy and created a few new states for protecting such populations. India could very easily extend the same pragmatic policy for the protection of the Kashmiri exiles.