WHN
The newsletter that was mailed to RSS members registered online has this article among the top four. 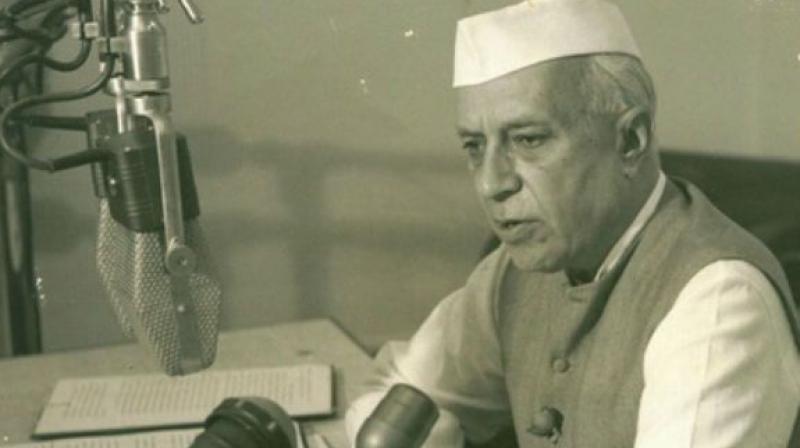 Mumbai: An internal newsletter of the Rashtriya Swayamsevak Sangh (RSS) has claimed that the first Prime Minister of the nation, Jawaharlal Nehru, pushed for the Hindu Personal Law because he wanted it to benefit his daughter (Indira).

The article alleges that Pandit Nehru showed a lot of interest in passing the Hindu Civil Code, because he didn’t have a son, and wanted to pass on all the property and royalty from his books legally to his daughter Indira.

To explain why Nehru wanted the Hindu Civil Code passed, the article states: “In 1947, when India got freedom from British, Hindus still practiced the multiple wives system, even child marriage was prevalent, women had no rights in their husband or father’s property”.

When contacted, AICC national spokesperson said, Anant Gadgil that this was the typical functioning style of the RSS.

“They distort facts and repeat it so that people start believing it. It is a covert propaganda to defame the Nehru family. My father had said that RSS stands for Rumour Spreading Society, Accepting Uniform Civil Code, isn’t practical, unless it is made clear how the religions will be given space in the code and all the religions will have to accept it,” Mr Gadgil said.

The article talks about how politicians managed to stop the Hindus from having multiple wives and amended the Bill and passed it, but developed cold feet when it came to the minority community.

The newsletter that was mailed to RSS members registered online has this article among the top four. The article appears at a time when there is debate over Triple Talaq in the Supreme Court.