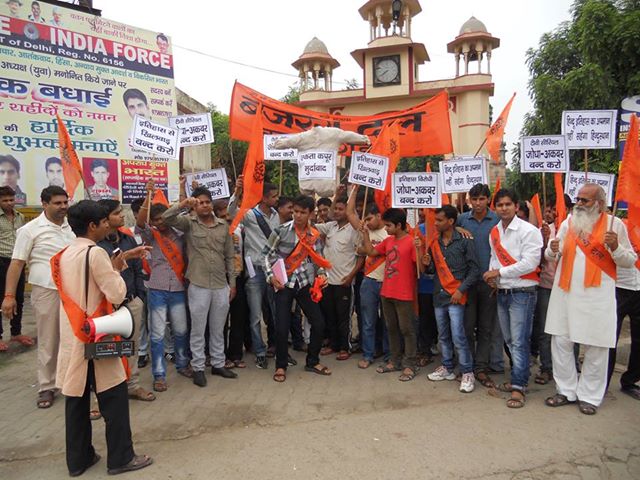 Karkala, Dec 8: Karkala rural police on Saturday December 7 detained 13 persons from Gujarat who had reportedly come to Nallur-Peralke area to propagate their faith.

The group that came from Bardoli in Surat, Gujarat was reportedly engaged in spreading their faith in Karkala taluk.

When the group came to Nallur-Peralke, activists of Bajrang Dal objected and complained to the police.

Bajrang Dal activists alleged that the group was promoting conversion by going to houses of people belonging different communities.

However, Muslim leaders rubbished the allegations and said that the group had identified Muslim houses in the area and had visited only those houses to preach about Islam and strengthen their faith. They contended that the group had come from Gujarat to propogate their faith among their own community members and did not intend to convert anyone for any reason.

Sensing that the situation may go out of hand, the rural police arrived at the spot and took 13 members of the Gujarati group into custody. As there were allegations that the group members were moving suspiciously, the police clicked their photographs, noted down their addresses and got in touch with the Gujarat police to obtain more information about them, sources said.

The police, on the basis of information that the group was staying at Kariyakallu mosque, also called the people connected to the mosque to the police station and questioned them.

Police sources said that later on, all the 13 members were released on certain conditions after the head of the mosque gave a surety on their behalf.