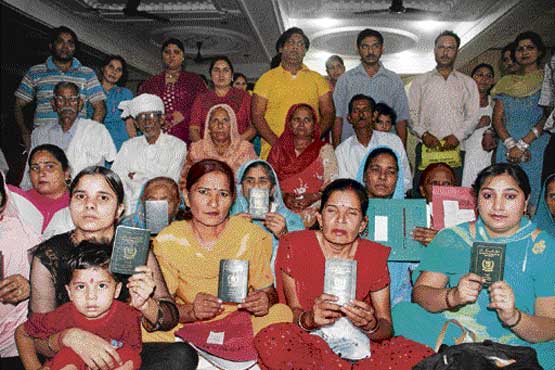 AMRITSAR: Perturbed over the plight of Pakistani Hindus and Sikhs in Punjab, lawyer and human rights activist Ajay Virmani will file a case in the Punjab and Haryana high court, seeking to decide their status within a fixed time frame.”Thousands of Pakistani nationals who have arrived in India and living in various cities of Punjab over a period of several years have no identity and are living in pathetic conditions and their human rights are being violated,” said Virmani on Monday.

He claimed that he was preparing a case and gathering relevant information to file the petition in the court within a fortnight. “First I will file a petition for Hindus and Sikh Pakistani nationals living in Punjab and then for all those living across the nation,” he said.

In Amritsar, over 300 Hindus and Sikhs from Pakistan are living with the hope that they would be given Indian citizenship. Most of these Pakistani nationals are doing their own businesses. Due to the fear of repercussion on their family members in Pakistan, they are also reluctant to admit before media about atrocities committed on them in Pakistan, he said.

Virmani said the first and foremost requirement for giving them Indian citizenship was their antecedents. “Government wants to ensure that they had left Pakistan due to violation of their human rights or they had some imminent threat to their lives besides they are not a threat to India,” he said.

A Pak national, Sharan Singh, who has been living in Amritsar for the past 10 years, said, “We have done everything, but nothing has happened so far.” He said they want just Indian citizenship nothing else.