BHUBANESWAR, India (RNS) — Brigitte Viollet, a French businesswoman, spends three months of every year in the company of the Sun Temple in Konark, an ancient settlement on the east coast of India. Built in the 13th century by King Narasingha Deva I, the Sun Temple was designed as a colossal chariot mounted on 12 pairs of ornamented wheels to honor the Hindu god of the sun, Surya.

Seven horses pull the chariot eastward toward dawn, symbolizing the seven days of the week. The spokes of the wheels make a sundial that helped ancient sages calculate time.

“The scientific spirit and aesthetic sensibilities of ancient India are unmatched,” said Viollet, who is one of some 50,000 visitors the temple draws every year.

But to the dismay of many who treasure the monument, a UNESCO World Heritage Site since 1984, the intricate stone carvings of deities and celestial beasts that cover the Sun Temple’s outer surface are being replaced by plain blocks of stone in an attempt to shore up the building. Many more have allegedly been discarded and strewn around the protected site.

“It’s a pity that conservationists can’t recognize what an engineering and metallurgical marvel this is,” said Viollet. “The temple will become a heap of plain stones if no one takes responsibility for its restoration.”

A cult to Surya, also known as Aditya, flourished across India in the mid-1200s, and shrines to the deity, considered the creator of the universe and dispeller of darkness, multiplied in this era. It is the origin of the sun-salutation ritual, surya-namaskar, that is echoed today in yoga and meditation sessions around the world.

The temple at Konark was the most revered and ornate example of the cult’s devotions and it remains a key pilgrimage site for Hindus, who are joining calls from state officials to complete the restoration for fear that the temple is hurtling toward irreparable decay.

“The statues, panels and engravings are deteriorating. If we don’t come up with a definite scientific and chemical restoration plan, it will be too late,” said Gopal Mitra, a former secretary in the public works department of Odisha, the state where Konark is located. 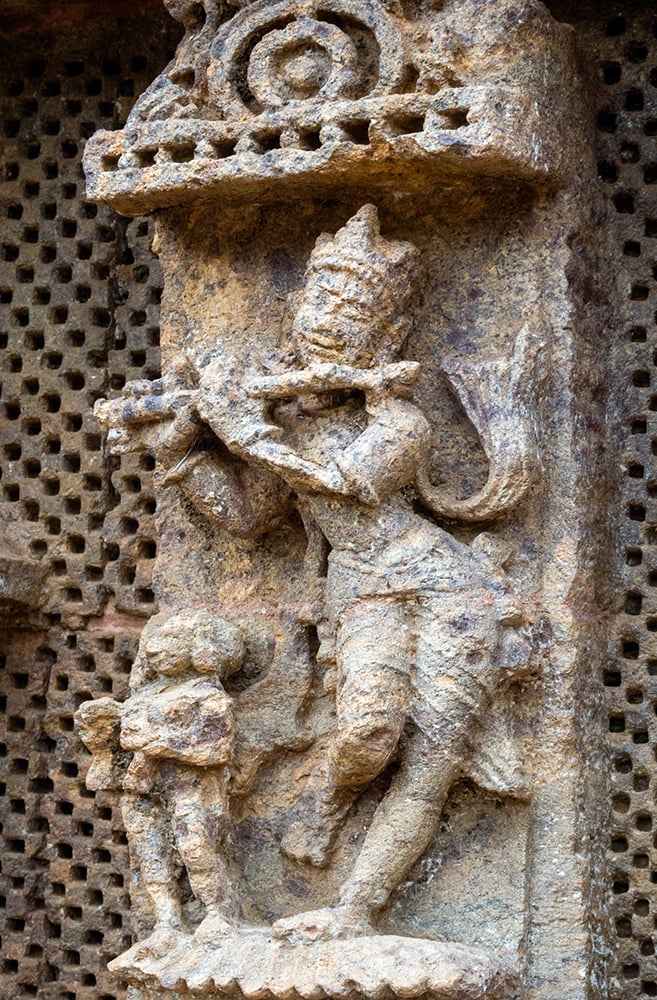 As long ago as 1937, when the Archaeological Survey of India took charge of the project, removing the sand became the focus of restoration plans, but little was done. By 2010, at an international conference in Konark attended by UNESCO delegates, the ASI’s lack of action brought rebuke from conservationists. Consequently, a steering committee was formed to accelerate sand removal and sculpted stones’ treatment.

But some observers say that it’s no longer clear that the building can stand without the sand. “The ASI has been criticized for dragging its feet,” said Bijaya Dutt, the former superintendent of Odisha State Archaeology, “but some scholars believe sand evacuation may cause permanent damage to a World Heritage Site.”

The Central Building Research Institute, in Roorkee, India, has been charged with determining the best way forward. Achal Mittal, the structural engineering head at the institute, said: “We are trying to come up with a structural stabilization plan based on available scientific and technical resources. No one wants to risk physical tests right now.”

The prospect of general elections next year seems to have shaken government officials. Odisha Chief Minister Naveen Patnaik recently asked the minister of state for culture and tourism, Mahesh Sharma, to investigate ASI’s alleged failings. One meeting was held in Delhi on Nov. 30, and another is planned for Bhubaneswar. “We’ve told the Archeological Survey of India to submit a report on steps they’ve taken since the 2010 international conference,” said Odisha’s minister of culture and tourism, Ashok Panda. 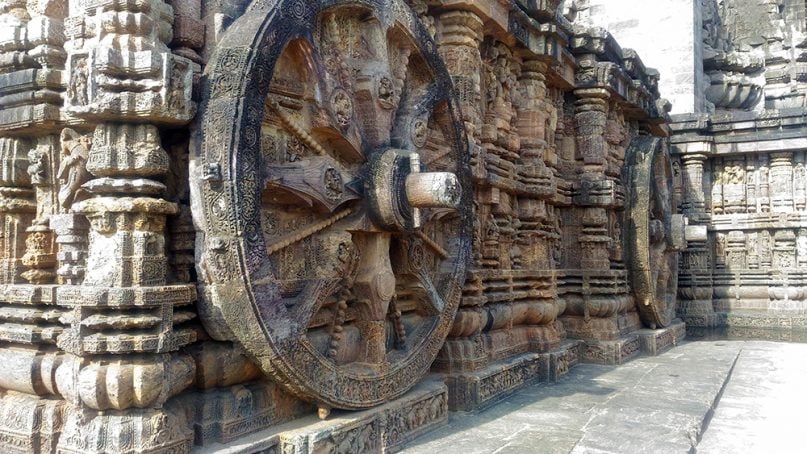 Two of the 24 carved chariot wheels at the Konark Sun Temple in eastern India. Each wheel has a diameter of 9 feet, 9 inches, with eight spokes. Photo courtesy of Creative Commons

Despite the controversy, ASI’s archaeologists believe that there’s no imminent threat to the monument. “The rate of erosion of surface stones has been considerably controlled,” said Arun Malik, the chief superintending archaeologist in ASI’s Odisha office, while noting that decay in a monument of the temple’s age can only be delayed.

The corrosion, experts said, is exacerbated by salt-laden winds from the nearby sea.

“We use least abrasive measures such as paper-pulping to clean the monument once in, say, 10 years,” said the superintending archaeological chemist at ASI, Shilpa Raturi. “We’ve also planted more trees in the surrounding areas to arrest saline winds.”

Malik added that rumors about sculpted stones being discarded by ASI should be put to rest. “Not a single sculpted stone has been removed from the Sun Temple’s surviving structure,” he said.

Amid all the fingerpointing over the Sun Temple, there is a sense that the government’s approach to cultural preservation needs to be examined. “The government needs to rethink conservation approaches to protected monuments,” said Dash, the citizen activist who heads Konark Suraksha Samiti. “Otherwise, Konark will become a shadow of its former self.”

Viollet agrees. “Konark is part of a huge corpus of built heritage in India whose grandeur trumps petty conflicts,” she said. “Conservationists must make amends for their lack of care. Failing it is nothing short of a global failure.” 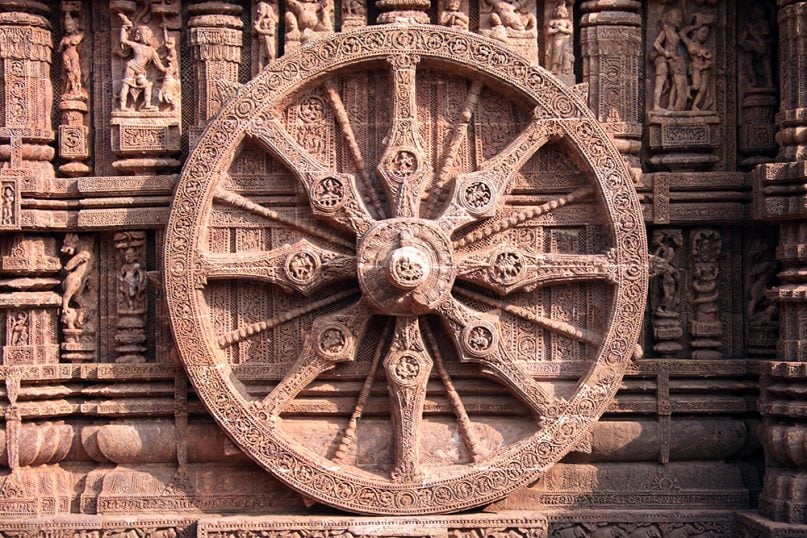 A detailed view of one of the 24 carved wheels at the Konark Sun Temple in eastern India. Photo courtesy of Creative Commons